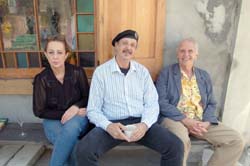 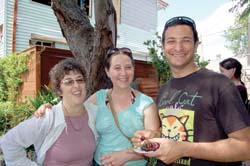 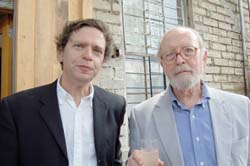 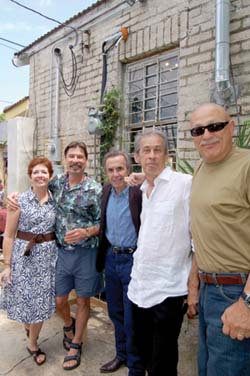 Especially Post-Katrina, Party Girl gets to New Orleans as often as possible to soak up the Crescent City’s charms and do my part for the recovery effort, and a recent gallery opening featuring some of Lafayette’s finest artists got my motor running on I-10 East. Plus, I can never resist a champagne brunch. The shindig was thrown at art gallery KKprojects, located in the heart of the St. Roch neighborhood. Arriving early on Sunday, April 6, I had the pleasure of quietly taking in the exhibition. The installations and art exhibit are amazing and definitely worth the trip — just ask Francis Pavy, who was duly impressed that I drove the PartyGirlmobile all the way in just for the opening. The exhibition included Star Quarters, the late Robert Rauschenberg’s four mirrored panels. Also featured are sounds and paintings by Dickie Landry and a retrospective of his collaborations with artists including Philip Glass and Laurie Anderson; paintings and a site-specific installation by Pavy; and early work by George Rodrigue. Other locals participating include Wayne Ditch, Fred Daspit, Kent Hutslar, Donald LeBlanc, Jon Smith, Herman Mhire, Keith Sonnier, Charles Bazzell, Rick Begneaud, John Geldersma, Francisco Kellman, Jimmy Macdonell and Bill Moreland.

The installation was in four previously abandoned structures: a former bakery and three 1800s houses sitting on one block area, which gave Party Girl the opportunity to walk about. If this gallery experience doesn’t cultivate creativity and inspire hearts, minds and the economy of the St. Roch neighborhood, nothing will. Party Girl toasts gallery owner, Kirsha Kaechele for a great experience.

Speaking of walking around neighborhoods, looks like Wes Boudreaux, Scott Malcolm Bussey, and Todd Green walked a couple miles in Party Girl’s shoes. Each year Lafayette and other surrounding parishes participate in the Walk a Mile in Her Shoes march, which supports the international organization dedicated to educating the community about rape, sexual assault and gender violence. Besides honoring their community spirit, Party Girl is just happy to see these men walk in high heels — it’s about time they realize what us women go through just to look good! 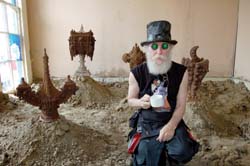 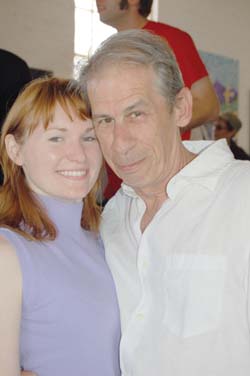 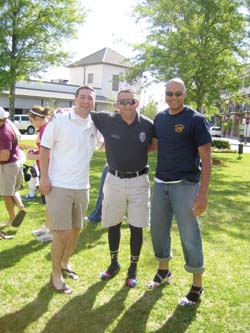