Lamar White Jr. made a name for himself exposing political hypocrisy and speaking truth to power as a frequent-blogging law student and grad student. Now he's doing it professionally.

White announced Monday the founding and launch of Imagine Louisiana Communications, a Baton Rouge-based consulting and political communications firm. White is parlaying a decade of political blogging on his popular website, CenLamar - the name is a reference to his upbringing in CenLa, or central Louisiana, a la Alexandria - into a business venture that will aid political candidates, municipalities, nonprofits, government agencies and others navigate policy, conduct campaign research and connect with voters. 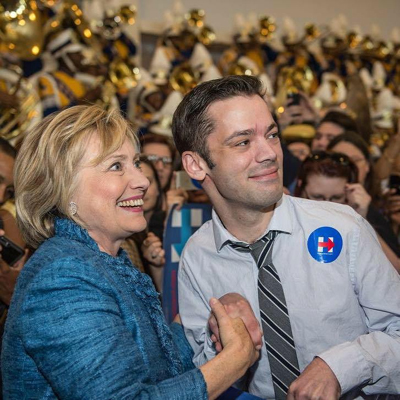 “As we ramp up, we hope to bring others on board,” White says. “Already, even before our launch, we have received several résumés from qualified policy researchers and inquiries from multiple candidates and lawmakers. There seems to be a real appetite and need for this type of service. We have already hired two research interns, which will be announced later this week.”

White has rubbed shoulders with numerous Democratic luminaries including the two candidates seeking the presidential nomination, Sen. Bernie Sanders and former Secretary of State Hillary Clinton. His public support as a law student at Southern Methodist University in Dallas in 2014 for Texas state senator and then-gubernatorial candidate Wendy Davis earned the ire of the right for all the wrong, superficial reasons. But when you have famed Democratic political operative James Carville in your corner, doors will surely open.

“There's an old saying in politics about 'knowing where the bones are buried.' Lamar knows that in Louisiana, sometimes the bones are buried and sometimes they're above ground. We need folks like him to hold our politics and our politicians accountable,” Carville says in a press release touting the new company. White co-founded the company with Cayman Clevenger of New Orleans, a longtime strategist for Republican campaigns and fellow SMU law school alumnus who will serve as Imagine Louisiana's executive vice president and chief of staff. 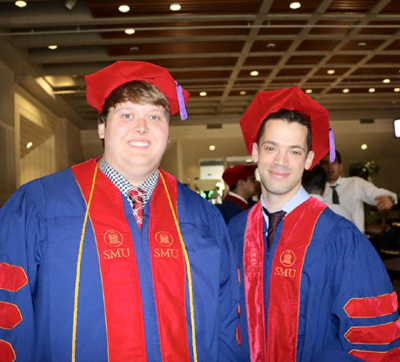 Clevenger and White at their graduation from SMU Law.

Others, including former elected officials, mentors and peers in the political press have been equally effusive.

“Research is the most critical component of any campaign. If you are running for political office, leading a public affairs campaign or just trying to learn how to be more effective on a particular issue, it starts with the building block of investigative research,” Bradley Beychok, the Louisiana-born political operative and president of Media Matters, writes. “Lamar White has shown that with dogged research skills, colorful writing and a keen ability to sniff out nuggets of truth, you can be quite an effective operative.”

“There are few people in Louisiana who can get to the heart of a policy matter faster ”” and describe it with more clarity and vision ”” than Lamar White,” says LSU professor and Times-Picayune columnist Robert Mann, who once served as an aide to Sen. Russell Long, Sen. John Breaux, and Gov. Kathleen Blanco. “Lamar not only knows policy; he also has an uncanny instinct for Louisiana politics. He is one of the brightest and most creative minds in the Louisiana political world today.”

Jerry Ceppos, the dean of LSU's Manship School of Mass Communications, agrees: “Lamar has done some of the most important recent journalism in Louisiana”” without a staff or libel lawyers to back him up.”

That work includes breaking the story on U.S. Rep. Steve Scalise's appearance at a white supremacist rally ”” a story that made national headlines ”” along with ground-breaking research and stories about U.S. Sens. David Vitter and Bill Cassidy. Since the launch of CenLamar nearly a decade ago, White has posted some 2,000 original articles and attracted nearly 2 million visitors to the site.

Full disclosure: White's writing has appeared fairly regularly at theind.com for the last few years; he's broken bread and raised a glass on several occasions with IND staff and Co-Publishers Steve and Cherry Fisher May. We wish him the best in his new venture. To the extent his political writing will taper off as his professional duties escalate, consumers of Louisiana politics will be the worse for his absence. Go get 'em, Lamar!