Having a spokesperson — most likely a woman — is becoming increasingly critical in a world where any misstep can be posted on YouTube in a matter of seconds. 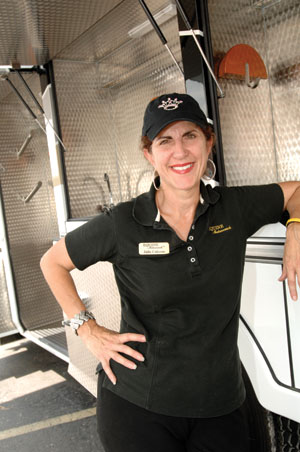 It’s a good time for handlers.

Public figures, politicians, CEOs, athletes, nonprofit heads, and even ministers have each found that having a spokesperson to protect a brand and absorb media questions is an essential part of doing business.

Who can blame them? Say or do anything your audience finds offensive and it’s potentially exploited by a cagey reporter or a spiteful YouTuber uploading videos from an undisclosed location.

This bodes well for women, who have long been drawn to public relations. Their numbers currently dominate the field, and that’s not changing anytime soon.

In a 2005 member survey, the Public Relations Society of America found that 69 percent of its 20,000-plus members were female, up from 60 percent in 1997. The survey also noted that members who have been in the industry for up to five years were more likely to be women, 83 percent, versus 17 percent men.

The trend is true in the public sector as well. In March, the National Association of Government Communicators’ Trends and Salary Survey revealed that two out of every three government communicators are female.

“The iconic position in our industry is the White House press secretary,” said NGAC President Gene Rose, noting Dana Perino’s place at the podium. “Based on our survey results, we should be seeing several more examples of women holding major spokesperson roles in government.”

The new employee pipeline is also overwhelmingly stocked with women. Of the 19 graduates in public relations from UL Lafayette in May, 16 were women. At LSU’s Manship School of Mass Communication, the ratio was 36 to 40, women to men.

“The field is really much broader than just sending out press releases. It’s about building and maintaining relationships, and women are naturally drawn to that,” says Dr. Sandra C. Duhé, a UL Lafayette communications professor and coordinator of its public relations program. “All of our students enjoy the idea of working on the periphery of an organization, but women are really attracted to the energy and the flexibility. They can go into corporate communications, nonprofit work or part-time consulting.”

With the stakes higher now, more companies are willing to invest in communications strategies. “It’s critical,” says veteran communications expert Julie Calzone of Lafayette-based Calzone & Associates. “If you do not have an organized, cohesive and well-defined program, then people inside and outside the company just make up their own stories.”

Men and women both excel at public relations, says Calzone, who launched her company in 1983. But she maintains that women bring specific strengths.

“They are great event planners, [good at] putting deals together,” Calzone says. “They are really good at communicating to the media, good writers, better storytellers because we are a little more visual, and our attention to detail — doing the research, dotting the I’s, crossing the T’s.”

Women also have a knack for guarding a company’s image, believes Cox Communications’ Sharon Kleinpeter, vice president of governmental and public affairs for Baton Rouge, Lafayette and their surrounding areas. “If we’re given the responsibility to protect our brand, we are fiercely loyal,” she says.

Kleinpeter says many younger women bring new skill sets, including the ability to use social networking to a company’s advantage and to communicate effectively through blogs, noting that Cox has just launched a new consumer blog aimed at the Lafayette market. The host site, ww.innovatelafayette.com, was unveiled in mid-May. “We have to learn to use the new media to our own advantage as opposed to fearing it,” she says. “This generation is a good fit, because it’s all they know.”

Duhé says the public relations field is growing in Acadiana. UL Lafayette’s PR faculty has jumped from one to three in four years, with the number of majors also on the rise. There’s been an expansion of jobs in the local market as well. “We have more internships than students to fill them,” she says.

Danny Shipka, assistant professor of mass communications at the Manship School, says that as companies nationwide have expanded their communications staffs, female graduates are considering fields traditionally occupied by men.

Similarly, health care communications is drawing more women. Recent Manship School graduate Daci Spielberger, 23, spent the last year working in public relations at Zehnder Communications in Baton Rouge, but she will pursue a graduate degree in public health this fall at UL Monroe to balance her PR background. “I’ve become passionate about health, and I want to find ways to get the message out about healthy behavior,” she says.

Duhé, a former spokeswoman for ExxonMobil, says that while women may have been attracted to public relations because they are natural writers, planners and relationship-builders, they need to bone up on their business acumen to really make a splash. UL Lafayette requires 12 hours of business classes from its PR majors, which Duhé says helps women continue to shed the identity of being “the pretty face at the CEO’s side.”

Still, some students bemoan the requirement, saying they are apprehensive about taking business courses.

“I tell them to get confident with it,” says Duhé, “because you will have an extraordinary competitive advantage.”