IberiaBank snags a failed Arkansas bank’s deposits and branches, predicting there may be more opportunities to come. 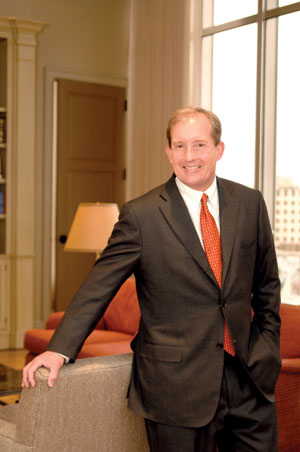 IberiaBank Corp., parent company of IberiaBank and Arkansas-based Pulaski Bank & Trust Co., has acquired the deposits and nine branches of an Arkansas bank that was seized by federal regulators earlier this month in connection with what Wall Street Journal says is the second-biggest failure of a federally-insured bank in seven years.

Last week, the nine branches of northwest Arkansas bank ANB Financial reopened as Pulaski Bank & Trust Co. As of Jan. 31, ANB Financial had about $2.1 billion in assets and $1.8 billion in total deposits.

Additionally, most of the loans were funded not through local deposits, but with broker deposits purchased nationally. “So these deposits weren’t from their own clients in northwest Arkansas, but with money they acquired elsewhere,” Bryd explains, noting that strategy runs contrary to IberiaBank’s.

“We have virtually no broker deposits,” he says. “We like to lend money in the markets we do business in. It’s much safer.”

When ANB Financial failed and the Federal Deposition Insurance Corp. took control of it, IberiaBank took a hard look at the operation and liked some of what it saw. “We didn’t want any of the loans of this bank, because they were in such trouble,” Byrd says. But the branches and local deposits were another story.

“The bank had nine branches, and it was a very attractive distribution in that northwest Arkansas market,” he says. “The market is very similar to Acadiana, although a little smaller. But it’s close in size, and it is very entrepreneurial like Lafayette is.”

IberiaBank will be able to acquire the branches at 95 percent of their appraised value, which Byrd predicts will be a great deal in the current environment.

“We suspect the values will be pretty reasonable,” he adds. “That’s attractive to us, because the market is overbuilt from a real estate perspective. In a downturn, you can buy cheaper than you can build.”

IberiaBank also bought $200 million to $215 million in deposits, with the acquisition modeled to run down — meaning the local banking group is anticipating that it will lose some of those depositors. “We expect that,” Byrd says. “But what is attractive to us is the market.”

The area includes the corporate headquarters of such companies as Wal-Mart, Tyson’s and JB Hunt Trucking, as well as the University of Arkansas.

“We think that over the long haul this will be a very attractive market,” the executive continues. “You have other banks in that market that have some issues. And we think the depositors in that market will see that we are a safe bank for them to go to.”

Perhaps most notable about the acquisition is that Byrd and others predict that the ANB failure won’t be an anomaly. ANB is the third FDIC-insured institution to fail this year, and U.S. bank regulators say more failures are around the corner because of the widening U.S. economic fallout from subprime mortgage foreclosures and deteriorating residential real estate prices. According to the most recent figures from the FDIC, 76 banks are on its “problem list” as of the end of December.

“It’s going to be a rough year,” Byrd says. “You’re going to see a number of bank failures around the country. There are a lot of markets where people just got ahead of themselves. Rates were so low, they thought the housing boom was never going to end. Atlanta is going through a fair amount of stress. Florida, California. There are a number of markets on the east and west coast that have issues. In Louisiana and Texas, our economies are very strong because oil and gas is strong, so we’re being spared this misery.”

“We’re going to do some acquisitions,” Byrd maintains. “But we still want to have new customers coming in the door in Lafayette. We want about 50 percent of our growth to be new customers in existing branches and operations, with 50 percent acquisition-related. We try to balance it. You always want to have organic growth. You want to move the needle in your existing markets.