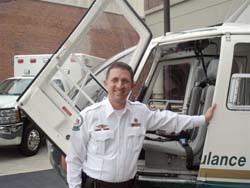 Glenn Naquin, 2008 Paramedic of the Year 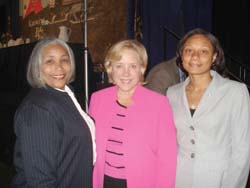 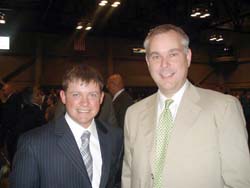 It was a day for heroes and champions at the annual Acadian Ambulance Paramedic Luncheon May 15. Glenn Naquin of Houma was honored as Paramedic of the Year, and LSU Head Coach Les Miles gave the keynote address. The luncheon for about 1,500 people began with a stirring solo rendition of the “Star Spangled Banner” by William Seaux, a paramedic in Vermilion Parish. The tempo picked up when the LSU Tiger mascot danced through to the rousing sound of the LSU fight song as big screens showed a video montage of action on the field at Tiger stadium interspersed with scenes of paramedics in action. Then, none other than Joseph Savoie, president-elect of UL Lafayette, graciously introduced Miles, a show of unity between the rival schools. Miles gave an inspiring speech honoring those who are prepared and committed to saving lives and facing emergencies. Following the speech, Dr. Ross Judice, chief medical officer for Acadian Ambulance, presented Naquin the Dr. Arthur Vidrine Jr. Memorial Award to a standing ovation. Naquin has been with Acadian Ambulance for 14 years and currently serves as a flight paramedic and flight training officer with AirMed. While his service with Acadian Ambulance is impressive, so is his off duty service. Naquin is an ordained minister and learned Spanish to be able to preach to the Hispanic community. He also serves as pastor for Acadian’s Critical Incident Stress Committee.

Business attire went from suits to shorts at the first annual Independent Weekly Corporate Challenge May 9 at Elysian Fields in River Ranch. With more than 60 teams participating, competition was fierce and friendly for events that ranged from craziness like Centipede Contests and Gator Crawls to a 5k run/walk for more serious athletes. One of the perks of the challenge was an opportunity to prepare for events through a training program hosted by the City Club. In keeping with the healthy incentives, a portion of the proceeds from the challenge benefited the Lafayette Community Health Care Clinic. It was a successful afternoon of good old family fun for all ages with fun jumps and Kleinpeter ice cream on hand to reward everyone for their athletic efforts. Participants included PAR Realty, United Blood Services, Wells Fargo Home Mortgage, Schilling Distributors, Associated Travel Group and State Farm Insurance.

One group of business people has found another reason to look forward to Fridays. On Friday, May 16, at 4 p.m., the gang at 318 Guilbeau Road — Chris Canty of Allstate, Claudette Holder of The Shepherd’s Guide, Shannon Stone of Valpak and Debbey Ryan of Prescriptive Marketing — opened their building to friends to celebrate the end of the workweek with a networking shindig. The party got off to a great start with a mojito and margarita bar hosted by Wayne Shulaw of Serrano’s Salsa Company, who also provided delectable appetizers of crabmeat queso, shrimp and jalapeno wrapped in bacon, crab cakes and unlimited chips and salsa. More than 50 guests attended this first event, which may become a monthly event called, what else, “Friday at Four.” 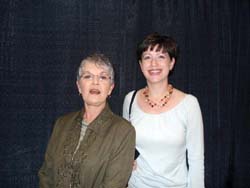 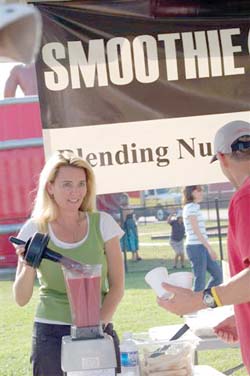 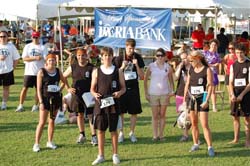 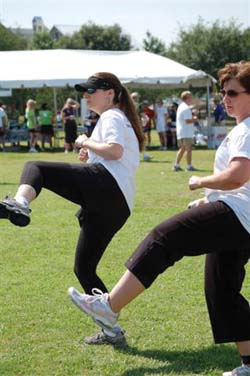 Warming up before the big race 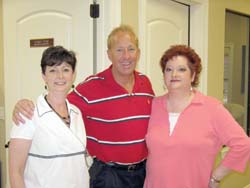 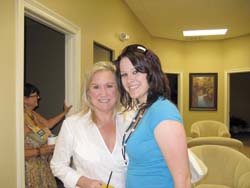 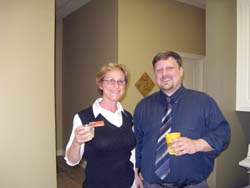