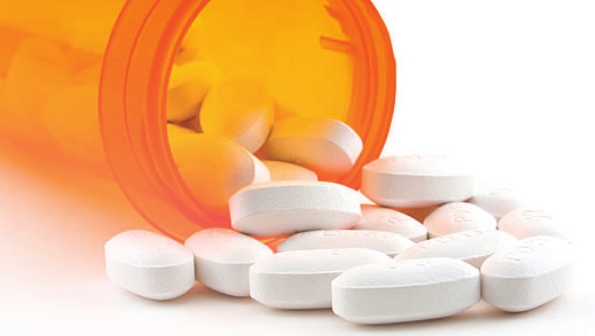 Tootie Landry is an unlikely addict. No one in her family was an addict. Even sitting across from her it seems a strange label. The Lafayette woman exudes a kind of brash optimism. This is not the stuff of rainbows and unicorns birthed in naiveté. It is the stuff of people who have seen the darkness — in others, in themselves — and come out the other side of it with an entirely new perspective.

“I didn’t even know I was an addict,” Landry tells me.

When I ask Landry, 12 years sober, at what point she realized she was an addict, I expect several answers. Not the one she gave: “When I was in rehab.”

Landry is one of an estimated 1.9 million people each year who has a substance use disorder involving prescription drugs. She was a financial adviser. She handled millions in investments for her clients.

Landry was prescribed opioids by a doctor. At the time, she had everything from depression and anxiety to fibromyalgia. After years on the pain medication, she developed a raging addiction (unbeknownst to anyone on earth, including herself). At one point she was out of pills and decided to not seek a refill. She says what ensued nearly killed her.

“I had never even heard the word detox,” she says. “On New Year’s Day, I decided no matter how sick I got I’m not going to take any meds.”

She was in a semi-coma with seizures for three days. She has no memory of the time. She told people she was sick, maybe the flu. But her daughter began to realize something was amiss. She believed her mother had far more than the flu and they headed to the hospital. Landry went to rehab and in that place learned about more than addiction. She learned who she was. And she came out the other side with a knowledge that was contagious.

“Addiction is a disease of the brain,” Landry says.

And opioids, whether a pill prescribed by a doctor or an illicit drug, are just a symptom, she adds. More and more, people are beginning to acknowledge addiction as a disease and not a moral failing. And that could change the face of how we treat it.

“The pill is the symptom,” she says. “It’s anything that helps you escape. It’s about changing the way you feel.”

But the opioid “epidemic” (as the president of the National Safety Council calls it) sounds like a different animal than say crack or heroin or stimulant dependence. It often doesn’t follow the traditional pattern of gateway drug to addiction. The answer is simple. Opioid use doesn’t often start illicitly. People in legitimate pain are prescribed a pill, necessarily. But opioid use in pill form is particularly dangerous because when the pills run out or no longer do the trick, users turn to street drugs, and the illicit drug in the same family is heroin.

Opioid use is “very individualized,” says psychiatrist Scott Myers, who works at Phoenix Behavioral Hospital in Crowley and Victory Addiction Recovery Center in Lafayette. “People should use as little medication as needed to relieve pain over as little time as possible. The problems arise when people aren’t reassessed to see if they need the medication, and they continue to get them,” adds Myers, who also works for the Lafayette Parish Sheriff’s Office and at Rayville Recovery.

In the U.S., an estimated 19,000 deaths a year can be attributed to opioid overdoses, according to the federal Centers for Disease Control, although some estimates go as high as 28,000-plus when heroin is included in the figure. Even President Barack Obama acknowledged it in a rare appearance with popular “Same Love” rapper Macklemore, himself a recovering opioid addict, that it was time for the nation to look at this particular drug.

Obama proposed a $1.1 billion effort to address the prescription opioid abuse and heroin use epidemic. According to the White House website, “More Americans now die every year from drug overdoses than they do in motor vehicle crashes. New data from the CDC shows that opioids were involved in 28,648 deaths in 2014.”

The sharpest increase in deaths has involved heroin as well as opioids like fentanyl.

Fentanyl is offered in a patch form. According to Myers, fentanyl is no less dangerous but generally less accessible (on the street especially) than more common and long used opioids in pill form. It was linked to the 2009 death of Michael Jackson and, this year, to the death of Prince.

Part of Obama’s proposed plan includes tools like the overdose reversal drug naloxone, which only recently became available over the counter in some states (including ours). Naloxone reverses the effects of an opioid overdose by blocking receptors, and while it’s controversial, it certainly saves lives. It’s long been available in emergency rooms and for first responders, but the growing epidemic of overdoses has opened the door for wider availability.

When it comes to availability of opioids, it would seem this is the first step in creating a culture that doesn’t need overdose drugs readily on hand — make it harder to get the pills to begin with. And it’s been happening.

“It’s an unfortunate situation because you run the risk of denying medication to patients that need it and that’s part of the challenge — who is appropriate for narcotics and who is not?” Myers asks.

It’s a tough sell either way. Awareness is clearly growing, and the result has been fewer prescriptions written in the last two to three years. And, yet, the death toll remains the same. Some say it’s because those once accessing pills have gone to heroin, which is a greater risk for overdose. According to a Bloomberg.com article from June of this year, four out of five new heroin users report having misused prescription pain relievers. And if you’re wondering just how many heroin users we’re talking about — half a million, which is up from 161,000 in 2007 with triple the number of overdoses in four years. In 2015, nearly every state addressed the opioid addiction by targeting doctors and pharmacies that dispense too many.

The problem, it would seem, goes back to Landry’s original assessment — the pill or the heroin or whatever the drug is merely the symptom. And while our society moves toward holistic health in some ways, many people still want to take a pill to fix it (whatever “it” might be — from physical to emotional pain or mental illness).

Myers agrees. “There are people who want a pill to fix all their ailments — and quickly,” he says. “For some people it’s easier to take a pain pill than to do physical therapy or take a pill rather than lose weight for back pain.”

When it comes to emotional health, Landry says there is a crossover between physical pain and emotional pain. When she was taking pills, she had been in legitimate pain coupled with diagnoses of depression, anxiety and fibromyalgia. No one questioned her need for pills. She didn’t realize she was using them to escape. She was entirely unaware that she lacked coping skills or needed help. In fact, when she returned from rehab months later, no one could guess where she had been. She, however, wasn’t afraid to share. Landry found herself helping other addicts she met via support groups and then a friend of a friend would hear she had a way of talking people into rehab — all of which led to a major career shift. She went from handling millions in investments to going back to school to help others with their addictions. Today, as a counselor at Acadiana Intervention, she specializes in interventions — and she’s fully awake, aware, coping and not taking a single pill.

“There is so much hope,” says Landry, who was able to turn her life around within the three months of rehab and subsequent 12-step programs.

“I woke up to life,” she says. “My whole perception changed.”

But Landry’s story isn’t the norm. According to the Health Research Fund, some statistics show up to 90 percent of opiate addicts will relapse within the first year of completing traditional treatment. The pull of opioids can be particularly powerful because they affect the regions of the brain involved in reward, and, according to the National Institute on Drug Abuse, research shows deterioration of brain matter after heroin use, which can impact decision-making, the ability to regulate behavior and the responses to stressful situations.

It all adds up to a gray area for research and a push for prevention and awareness.

“People think because it’s from a doctor it’s OK to take it rather than thinking about what the pill is actually doing,” Landry says. “There is nothing wrong with taking a pill. The problem is the abuse.”