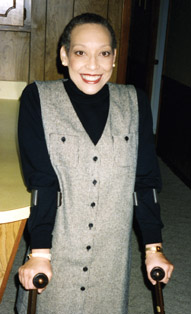 Lafayette has lost a passionate champion of the arts with the death of Kathy Marie Ball, who died this week. Ball served for 20 years as the registrar of the Lafayette Natural History Museum, where she cared for the museum’s artifacts and brought in high-profile shows from cultural institutions across the country. She was a founding member of the Louisiana Association of Museums and served on its board, bringing national attention to the needs of small, rural, emerging minority museums. She also tirelessly served on project and grant review panels for the National Endowment for the Arts, the National Trust for Historic Preservation, the American Association of Museums, the Southern Arts Federation, the Louisiana Division of the Arts and the Acadiana Arts Council. She also provided professional services to Festival International de Louisiane, the Louisiana Folklife Festival and the New Orleans Jazz and Heritage Festival.

In 1996, Ball founded the Summer Cultural Arts Series, a six-week performing arts program in Lafayette designed to bring together outstanding artists and people with limited access to the arts. By 1999, she had also created Significant Voices: 20th Century African American Writers, a series of readings and discussions featuring nationally acclaimed authors. The program was held at the Heymann Park Recreation Center, in the heart of one of Lafayette’s oldest African-American neighborhoods. Both programs were free to the public; Ball raised all the funds to keep it that way. Also in 1999, in partnership with the Immaculate Heart of Mary Church, she founded The Village For Arts and Humanities, a summer day camp for kids to encourage artistic development and cultural preservation.

In 1997, the Lafayette City Parish Council presented her with the Outstanding Citizen Award; in 1998 she garnered the Acadiana Arts Award; and in 2001, she was recognized with the Governor’s Arts Award for Promotion of the Arts. In support of her nomination, Author Ernest Gaines wrote, “Kathy Ball is the most dedicated, untiring, innovative, productive and enduring promoter of the arts Louisiana has ever known.”

The community is invited to attend memorial services, which will be held Thursday, June 5, at 11 a.m. at Immaculate Heart of Mary Church, 818 12th St. in Lafayette.