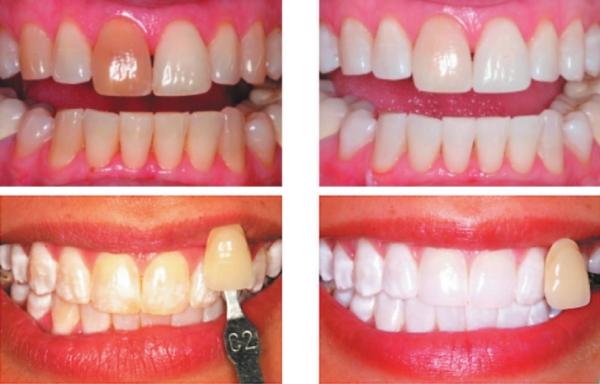 In the world of cosmetic dentistry, the latest and greatest for getting a killer smile is coming from both a return to the basics and the use of cutting edge technology and better materials.

While many cosmetic industries fall to the whims of celebrity fads — think sudden increase in booty implants or super full lips — today’s cosmetic dentistry patients still want healthy looking teeth that are both brilliantly white and perfect in shape . 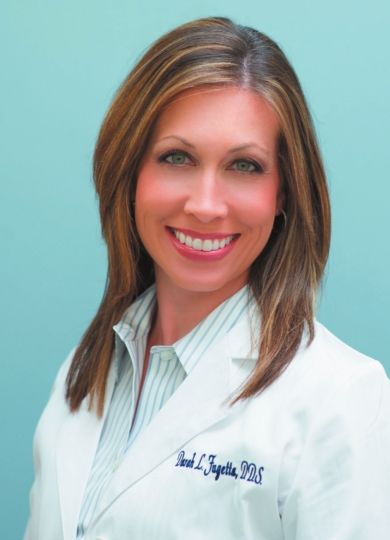 Sometimes it’s going back to the basics that produce the best results. Such is the case with the newest go-to in teeth whitening. After years of lasers or other measures with a hodge podge of results, Drs. Craig Landry and Darah Fugetta say a new brand called KöR Whitening, which both dentists offer in their separate practices, is changing the whitening game.

“KöR gets to the really deep, dark stains,” Fugetta says. “Patients who maybe took antibiotics as a child, for example, can’t reverse it with regular bleaching. This is the only system that can get in the tooth so deeply to reverse those dark stains.”

The antibiotic stains to which Fugetta refers result from taking tetracycline, and are hallmarked by a stubborn gray hue. For some, the stains have been profound enough and so impossible to treat with bleach that patients turned to veneers.

“In the past you could have 10 patients in a row and you would have five with great results and three that were so-so and then the others not much of a difference, and it was discovered that it came down to the preservatives in the bleach,” Landry says. “The bleach could break down over time. So they eliminated the preservative; they ship it on dry ice and it works.”

Patients can bleach at home and keep the product refrigerated. The other bonus: The KöR line uses a desensitizer as well, which helps eliminate the sensitivity issues many have when bleaching.

“The trays also form a seal around the gums,” Landry says. “There was a time they may be yellow at the gum line. With this it’s white top to bottom.”

Depending on the depth of the stain, Landry says it may take six to eight months to get the results, while some surrender in only a matter of weeks. But achieving truly white teeth is possible for people who once had to settle for just a few shades worth of improvement.

While whiter teeth are certainly the hallmark of cosmetic dentistry, several other factors make a large impact on how the mouth looks, including gum lines and the size of teeth.

Fugetta says while most patients emphasize changes to their teeth, they may overlook the shape of gums.

“With cosmetic dentistry, the pink part, the gums, matters as much as the teeth do,” she says.

What was once a painful procedure that included slicing gums is now a simple swipe of a laser.

In addition to gums, the size of teeth is paramount in creating the perfect look for the mouth. And for that Landry says he uses a golden rule of precise proportions. Until recently, a lab would create a veneer in a certain color and size, and patients dealt with the results whatever the size.

By the frame he means how each person shows a different amount of teeth when they smile, which can impact how their teeth look.

“It’s an equation that tells us how big a front tooth should be, so we always know the correct size and we aren’t guessing. It’s going to look right and fit the proportions for that patient. It’s never a guess now,” Landry says.

Patients are given a kind of blueprint that enables them to see the look before the permanent teeth are finished, which gives them the opportunity for input.

“You can get exactly what you want,” he says. “There’s no way to look more natural.”