Aug. 1 marks the effective date for legislation that protects police from public accountability.

This month Louisiana will officially activate two laws addressing police interaction with the public, drafted and passed with what critics say was knee-jerk rashness and inattention to detail. Both bills — the so-called “Blue Lives Matter” bill, which adds cops and first responders to Louisiana’s existing hate crimes statute; and a law restricting public access to body cam videos — were signed into law by Gov. John Bel Edwards this past spring, months before the fatal Baton Rouge shootings of Alton Sterling, officers Montrell Jackson and Matthew Gerald and deputy Brad Garafola. Roll call landslides in both cases, Louisiana’s legislators have led the nation in producing two flawed bills that are, according to some justice policy experts, at best redundant and at worst ripe for abuse. 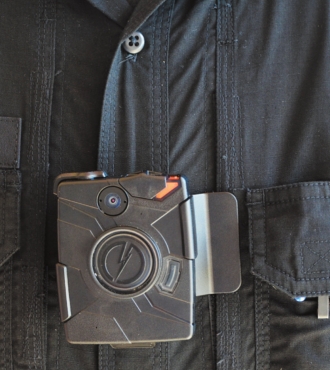 Activists with the New Orleans chapter of Black Youth Project 100 strongly urged Gov. Edwards to veto the blue lives bill, which spawned mimic bills under consideration in Florida, Kentucky, Wisconsin and Texas, following the brutal murder of five Dallas police officers. On Black Youth’s view, establishing police as a protected class violates the spirit of hate crimes legislation and propagates a myth that police are under fire to the same degree as black men, a phenomenon Black Youth has called the “Bluest Lie.” Recent events undermine the certainty and righteousness of that argument. Louisiana’s own blue lives statute, the first passed in the nation, responded to a record loss of police life for the state in 2015.

But Nancy La Vigne, of the Justice Policy Center of the Urban Institute in Washington, D.C., says many states already have enhanced penalty provisions protecting police. Adding police to hate crimes legislation would result in measures redundant to existing punishments for attacks on police without doing much to protect them. Blue lives measures are thus largely symbolic.

“You’re not really changing the criminal code that much. It’s an easy thing to say yes to, but it’s a difficult thing to say no to,” she says. “Most of these are crimes of passion or hate. They’re not going to have any deterrent effect.”

Indeed, Louisiana’s criminal code names police as a class of victim in at least eight criminal statutes, some of which carry massive penalties. A second degree murder charge escalates to murder in the first degree, a crime punishable by death, if the victim is a police officer. The hate crimes statute itself includes language protecting victims of “any entity or unit of federal, state or local government,” a category that arguably already includes police.

Whether police are under more vicious and targeted attack than in previous times, it’s hard to argue that they’re not already legally protected.

While several states have enacted polices restricting access to body cam footage, Louisiana’s statute includes language that gives tremendous power for police to withhold documentation intended to hold them accountable. Civil liberties advocates have grappled with the unique tension between protecting individual privacy by video capture and keeping police interactions honest and available for widespread review. At face value, Louisiana’s law addresses those concerns by exempting body cam videos from the public record in cases where the recordings are “found by the custodian to violate an individual’s reasonable expectation of privacy.” As custodian of body cam video records, police define and determine violations of individual privacy, not the suspects and bystanders captured on tape.

“It lends itself to abuse,” says Marjorie Esman, executive director of the New Orleans chapter of the ACLU. “Because it would be very easy for a custodian of those records to blanket those records. It can be used as a way to conceal information that should be disclosed.”

Esman was appointed to a legislative task force created to study issues surrounding body cams and their use, including how the devices interact with civil liberties.

Balancing the public’s right to privacy with the public’s right to know presents a thorny policy field for anyone trying to make laws or policy recommendations for body cams. La Vigne says that, in most cases, laws restricting access to body cams are made with the best of intentions. Police organizations are justifiably sensitive to violating rights to privacy and infringing on a suspect’s, or even an officer’s, presumption of innocence, a key component of American judicial policy often threatened by media spotlight. But that balance shouldn’t eliminate law enforcement’s accountability to the public, particularly in the sort of high profile cases we’ve seen of late.

“I’m concerned that the existence of these new laws will give cover to individual agencies,” La Vigne says. “And give them the impression that they don’t have to release footage following high profile incidents, and that they shouldn’t.”

Therein lies the rub with Louisiana’s own exemption laws. At present, it empowers police to govern a tool that was created to, in a sense, govern them. Or, as Esman says, it gives police a “license to conceal.”