On Sunday, Aug. 14, the sun shone through cloudy skies for the first time in two days as Acadiana residents and business owners, assisted by relief effort volunteers, assessed damage from the flooding and recovered what they could from their homes — if anything at all.

Stephanie Patton, a local performance artist, stood at the corner of North Demanade Boulevard and Miller Street as she looked out at her neighborhood that was engulfed in murky brown water. As she waited for a friend, who boated to her submersed home to grab some of her belongings, she scrolled through pictures of her grand piano engulfed in the aftermath and staircases that now seemed like pool entrances and exits.

United Way of Acadiana has designated its warehouse on 215 E. Pinhook Road as the central drop-off for donations such as buckets, school supplies, non-perishable food items, pillows and blankets. It will be organizing, accepting and distributing supplies to shelters around Lafayette and St. Landry parishes and the city of Abbeville daily from 8 a.m. to 6 p.m. until further notice.

“There’s lots of places accepting [donations], but we’re really the ones who distribute it far and wide. The national guard comes over here — the sheriff’s department comes over here,” says Margaret Trahan, CEO of UWA.

“If they register, we will call them and give them an assignment where they can really do something meaningful,” she says. 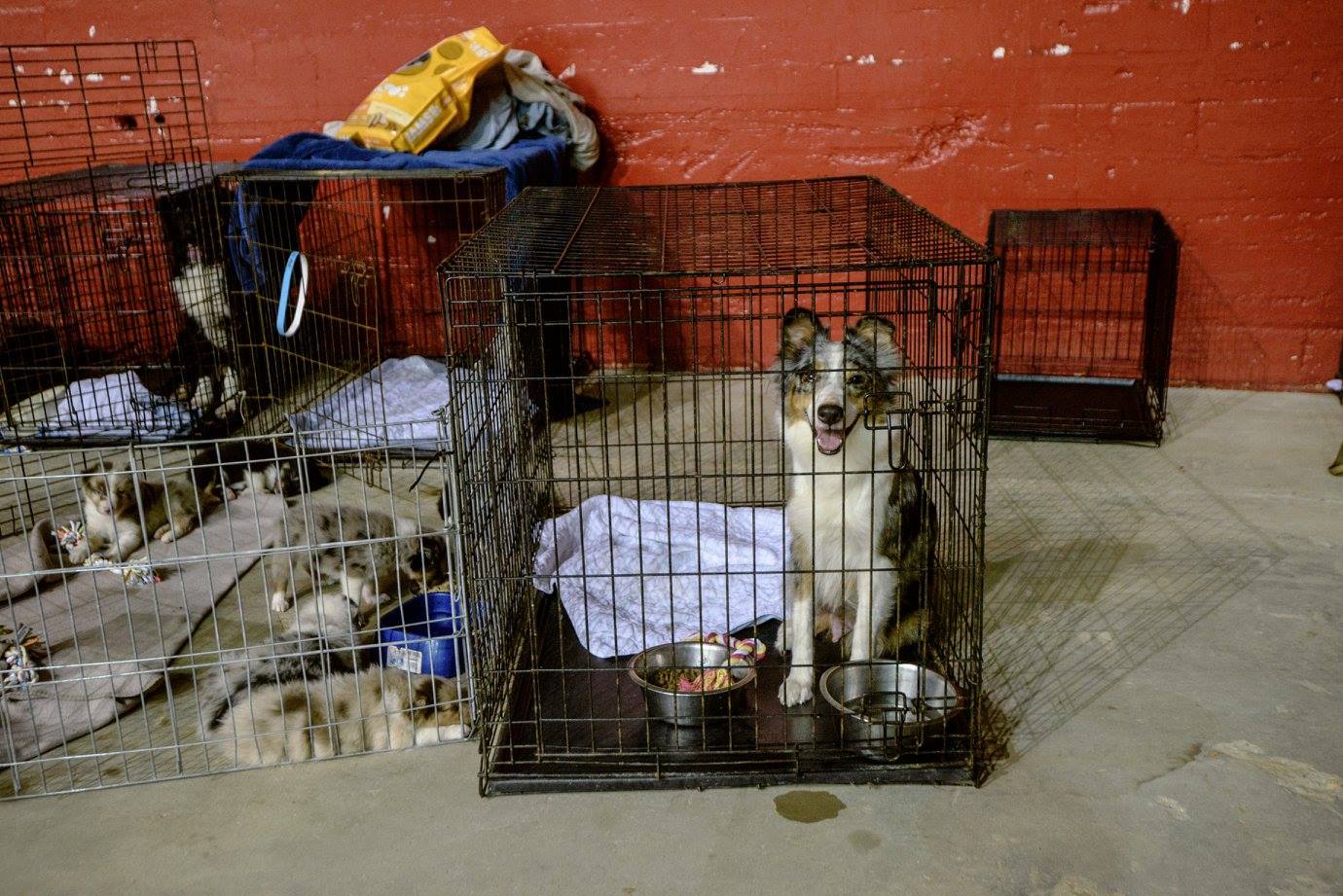 Also remaining open during the week and until further notice is Lafayette Animal Control’s pet drop-off and pick-up location at Blackham Coliseum. According to Virginia Lee, LAC supervisor, the volunteers took in 42 pets and as of Sunday were down to 25. The halls surrounding the coliseum area are abbreviated with dog food and cleanup supplies — all donations from community members.

“The public, of course, is always fantastic when it comes to pets,” Lee says. “We’ve got plenty of dog food that’ll last us for years. We’ve had wonderful volunteers that have shown up to be able to come out and walk the dogs and clean up the crates, as well as take care of the dogs.”

Lee says LAC has also received offers from veterinarians to house dogs that aren’t picked up after Blackham operations cease, as well as community members who wish to volunteer.

“Our community is fantastic, and we have some real resilient people. That’s why we don’t have so many animals in here,” she says. “They want us to take care of their animals … so they’re hoping to get out, get on their feet and get done what needs to be done so they can get their animals back.”

For long-term recovery, Our Savior’s Church is asking for volunteers and monetary donations to help repair residencies in places such as Lafayette, St. Martin and St. Landry parishes. Don Norman, a pastor at the church’s Midtown location on Marie Antoinette Street, says the church is in the process of paring people with projects and coordinating efforts to help with cleanup and demolition through its website. Anyone who needs assistance or is able to help is encouraged to sign up, he says.

Red Cross opened a shelter at the Heymann Center on 1373 S. College Road. Although it initially opened doors to donations, the community-run shelter announced Sunday it is no longer in need of donations.
“They’re not set up to take items,” said Trahan. “They’re set up to take people.”

Schools in Acadiana have been closed until Aug. 22, with schools such as Lafayette High, which suffered auditorium flooding, buckling gym floors and damaged rooms, and Westside Elementary with 1.5 feet of water throughout the school.

Lafayette officials have asked anyone with damages in Acadia, Lafayette or Vermilion parishes to report problems to their parish governments to catalog and send to FEMA.