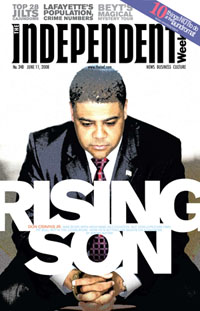 When The Independent Weekly went to press with our profile of last week’s cover story subject, Democratic state Sen. Don Cravins Jr. of Opelousas, Cravins was preparing to head to Washington, D.C. to meet with the National Democratic Congressional Campaign Committee to gauge its support if Cravins decided to challenge Republican incumbent U.S. Rep. Charles Boustany Jr. Cravins said at the time that he was “99.9 percent sure” he was going to enter the race.

Now he’s 100 percent sure: Cravins plans on officially announcing for the seat in the coming days. “We’re getting ready for it,” Cravins says. In the meantime, someone’s been busy behind the scenes getting Cravins’ online operations set up; www.cravinsforcongress.com is already live on the Web.