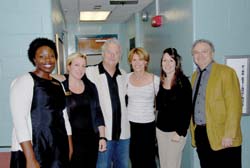 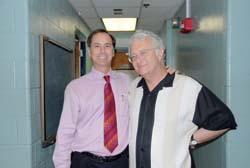 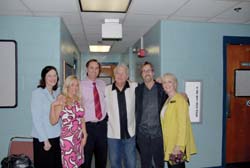 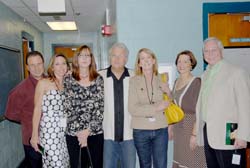 It may be June, but Party Girl’s still filling up her party scrapbook with mementos from the flurry of late-spring events. Randy Newman, the singer/songwriter hailed as one of America’s best, performed in late April at the Heymann Performing Arts Center as a part of PASA’s 2007-2008 series. The gifted composer and pianist blew the socks off everyone in the audience except me, since I don’t wear socks — but I was still blown away by the show. PASA held a meet and greet with Newman backstage, and friends and sponsors of PASA got to meet and chat with the songwriting legend. Dr. Kenneth Entes, Petroleum Helicopters Inc., LaFosse Construction, KTDY, Universal Com One, Vidox and Centennial Wireless were all represented backstage — talk about folks and companies with good taste!

From one musical son of the South to a few more: Party Girl also caught up with Scott Daniels from 99.1 KXKC at the Hank Williams Jr. and Lynyrd Skynyrd concert at the Cajundome. Scott and Casey Carter were broadcasting live; it would have been the perfect time to make my debut as a live broadcaster, but there were winners from the KXKC giveaway waiting to meet Scott and Casey, so I let the KXCK crew, Bocephus and the Skynyrd gang carry the load.

From there, I followed my heart to the American Heart Association’s Go Red for Women luncheon on May 8. One day a year everyone wears red to support the fight against cardiovascular disease in women. The Hilton’s Ballroom had a heart of its own, filled with red. The smallest of details were all red, such as the napkins on the table and red roses everywhere. For the first time in years, I had a healthy lunch: the menu was grilled breast of chicken, wild rice and yes, sugar-free cheesecake that tasted like the real thing. Party Girl gives special thanks to the Go Red for Women Committee and chairwoman, Sharon Moss who did such a fabulous job with the whole event. As an added bonus, the Lafayette General Dietary Department was on hand to answer questions. You should never pass up free advice when it’s about your health — or pass up the opportunity to see the latest red fashions! 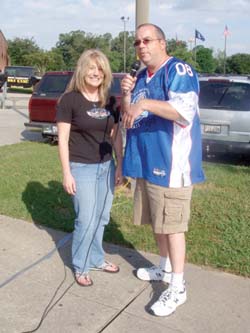 Scott Daniels and Casey Carter from 99.1 KXKC broadcasting live from the Cajundome 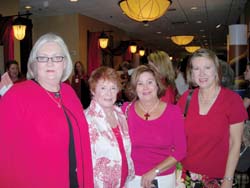 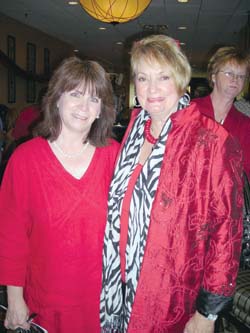 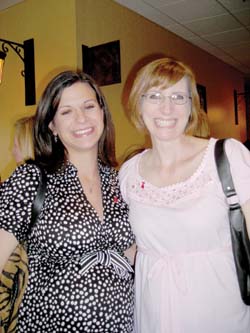 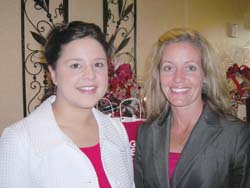 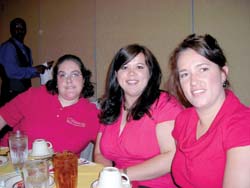