Jim Phillips and Christy Leichty migrated from California to Opelousas to start up a unique elementary school. 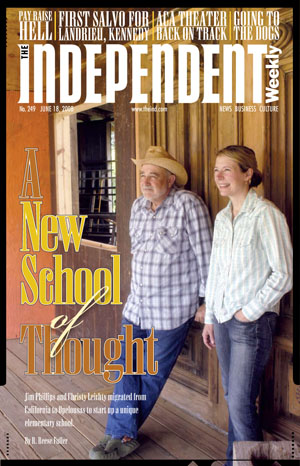 On the day Bo Diddley died, as the sun sets on Opelousas, the blues seeps out of a weathered tin building. Up the wooden stairs, through the screen door and in the corner of the screened-in porch stands an old fiberglass coin-operated kid’s ride resembling a helicopter. It’s also the building’s namesake.

Slide open the heavy wooden door of the old Texaco warehouse and step inside The Whirlybird.

Jim Phillips, with his stark white hair and beard, wears a fedora and stands by the front door filming Lee Tedrow and the Blackleg Blues Revue in the opposite corner of the room. Dirk Powell sits in with the band on the upright piano. In the crowd of a dozen people, Christy Leichty listens to the music, and a handful of people mill about, visiting and eating from the potluck dinner laid out on the bar.

If you’ve seen the Red Stick Rambler’s recent music video for “Made in the Shade,” you’ve already seen The Whirlybird and Phillips. Shot in his front yard and inside the dance hall, Phillips plays the part of an Opelousas bootlegger who brews up liquor in his yard.

Phillips and Leichty are now cooking up another idea, for a unique elementary school they hope to launch in time for the start of the 2009 school year. It’s an unconventional idea, but if their track record is any indication, the couple won’t just pull it off; they’ll revel in the challenge.

Inside The Whirlybird, the ceiling fans stir the warm air, and blue lights in the rafters shine down on the red drapes hanging on the tin walls. A pastel of a young Iry LeJeune hangs on the wall — his accordion in hand, the bellows stretched out, a cigarette hanging from his mouth, and a stony stare of defiance and determination. A framed poster from the 2002 Breaux Bridge Crawfish Festival proclaims: “Where Crawfish Got Soul.” Framed 45s, Clifton Chenier album covers, and photos of south Louisiana musicians like Beau Jocque, Boozoo Chavis, and Hadley Castille dot the walls. 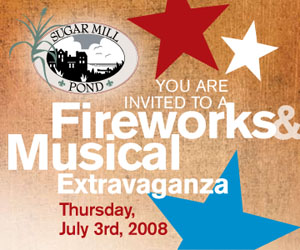 Christmas lights shaped like red chile peppers, red dice and red shotgun shells hang from the rafters. Behind the 80-foot-long pine bar, made of old floor joists from a school in Prairie Ronde, there are a few bottles of liquor, but most of the space is occupied by trinkets and knick-knacks that Phillips and Leichty have rescued from garage sales over the last 14 years. A Ronald Reagan boxing puppet rests comfortably beneath a mounted giant boar’s head hanging from the wall.

“People always thought we were a little crazy,” Phillips says, “but I always said it would make sense. It’s now starting to make sense.”

Before Phillips became the ringleader of a private dance hall, he was an educator. For 28 years, he ran his Neighborhood Montessori School in San Maeto, Calif. He also cultivated a love for John Delafose’s zydeco music and the dancing that he found in the south Louisiana Creole communities that have taken root in California. Leichty, a Nebraska native and English and theater major, first heard Creole music in 1990 from Danny Poullard, who was playing regularly in the Bay area. Three years later, she took her first trip to Louisiana for Festivals Acadiens. “I came very close to not getting back on the plane to go back,” she recalls. “I just had an immediate love of Louisiana people and the region and the culture.” Leichty did return to the west coast, and a year later she met Phillips on the dance floor. She began working for him in his school office and later became a teacher. 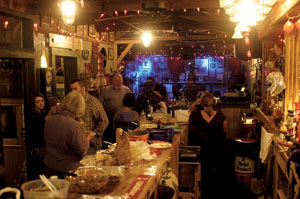 Jim Phillips and Christy Leichty have created their own dance hall, The Whirlybird, in Opelousas.

In February 2002, while still running his school in California, Phillips bought what he calls “the camp,” on 2.5 acres in Opelousas. Two years later, he bought an old Texaco warehouse from the St. Landry Lumber Co. and moved it to his front yard. “I happened to be in the market for a large building,” Phillips says. He intended to build his very own dance hall, a place where his friends and family could gather, visit, dance, and listen to and play music. Over the next 13 months, he gutted it and renovated it into The Whirlybird.

Powell, the acclaimed local musician and producer, has known Phillips for the last decade and is a regular visitor to The Whirlybird. “Jim has all of these creative ideas,” he says. “He lets his brain go and follows it where it leads him and comes up with all of these great concepts. Then he actually implements them and finishes the project.”

Near the end of renovating The Whirlybird, south Louisiana was pummeled by the dual hurricanes of 2005. Leichty and Phillips were still living in California at the time. “That was very painful for everybody who didn’t live in Louisiana who loved Louisiana,” she says. “You felt helpless. What can you do when you’re so far away? We decided that the best way we can help to rebuild Louisiana and make it a great place is to contribute ourselves, as educators.”

Phillips adds, “We wanted to join this community professionally and do the things we do and have for many years, which is to run educational programs in early childhood education.”

In June 2006, they closed down the Neighborhood Montessori School in California and packed up all of their materials. Within a month they settled into the camp in Opelousas, with all of their teaching materials.

“This is our lifetime adventure together,” Phillips says. “We’ve never looked back.”

Just north of Sunset on Hwy. 182 stands a 100-year-old, two-story, five-bedroom white house that rests on 5 acres bordered by ligustrums. Behind the house, known as Stonewood, an old freight depot, cut in half, has a new structure under construction with a tower stretching upward, joining the old structure back together. Leichty and Phillips walk around the 4,000-square-foot skeleton pointing out the recycled building materials and noting how the old building will soon take on a new life.

Phillips had envisioned taking a relaxing year to shop around for some property, maybe a 10- or 20-acre farm with a wooden structure that could be reconfigured as a school. But the Stonewood house went on the market only three weeks after they made their move. “After a while,” Phillips says, “It just seemed to make so much sense as a center for all of our activities.” 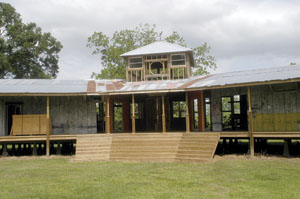 The Stonewood School is under construction in Sunset.

They already owned an old freight depot and were using it to store the school materials. “I just thought I could move it again and that can be the frame for the school, the beginning,” says Phillips. On the grounds, there will be a large garden, animals, and a wetlands environment for science programs.

The couple envision a facility where 60 children, from preschool through the 5th grade, will attend the Stonewood School. Phillips says the concept for Stonewood is “Montessori and beyond.”

“If you want to transform society,” Leichty says, “have a quality early childhood education program. You don’t see the benefits this year or next year, but in the community you start to see a huge benefit in 15 to 20 years when these kids are young adults and they can contribute to their community.”

There are two common misconceptions of Montessori method that Phillips points out. The first is that Montessori schools are too lenient, without real discipline — or they’re too strict, lacking creative outlets for students. “It’s really neither of those things,” Phillips says. “It’s about who the person is that’s running the program.”

Powell recalls one of the first times his two young daughters met Phillips. They clamored to be around “Mr. Jim.” Powell says, “They responded so well to who he is as a person. He knows exactly how to get on their level without patronizing them.”

The idea behind the Montessori method is that children learn differently than adults and primarily through their senses and by hands-on learning. Their natural inclination is to learn, and they learn in different ways at different developmental stages. Phillips says, “If you want to create the best learning environment for young children, you need to study young children and the ways they learn, and design their classes, classrooms, activities and expectations of them according to this developmental stage they’re in.” The original concepts were developed at the turn of the last century by Dr. Maria Montessori, an Italian educator.

“You discipline behavior, not the person,” Phillips says. “The person is always accepted, but they learn very quickly what behavior is acceptable and what behavior is not acceptable. The goal is the child’s own self-discipline, not children who simply will do as authority tells them, but children who know what’s appropriate and inappropriate in all situations even when an authority is not there. There’s a lot of focusing on children taking responsibility and learning what is and isn’t appropriate in a variety of situations.”

“We want to look at each child as a whole person,” Leichty adds.

Powell says that as a parent, the principles guiding Stonewood are intriguing. “There’s so much emphasis on testing now in schools,” he says. “All of the emphasis is on these standardized tests. It’s really a disservice to kids that everything gets reduced to filling in these little computer circles with pencils. That’s not what learning’s about. It’s so much more than that. And I think what they’re going to do there is to take all of these ideas of teaching kids, where they really learn deeply and they learn to love to learn. That’s the main thing — they learn that learning is its own reward. They learn to follow their own intuition to do what they want to do.”

In addition to the elementary school, Phillips and Leichty see at least two other avenues for education. The Stonewood house itself will be used as an educational center for continuing education workshops for teachers. And during the summer months, Stonewood will host “learning vacations” for families — camp sessions designed for families to travel to south Louisiana and learn about local culture, history, cooking, French, nature, and the region, geared for both children and adults. And The Whirlybird can even double as the campers’ recreation hall.

With all these ambitious goals, Leichty and Phillips, along with Jane Vidrine of the Magnolia Sisters, have established the Stonewood Foundation to tackle education in St. Landry Parish and southwest Louisiana. This past Mother’s Day, the foundation hosted the first Spring Swing fund raiser at Grant Street Dancehall, with performances by Ann Savoy and her Sleepless Knights, the Red Stick Ramblers and the Pine Leaf Boys. Phillips plans to release a CD of the inaugural event before the year’s end. By then, Leichty and Phillips hope to start getting the word out on their new venture and opening up the admissions process in January. The school will open by the fall 2009 with grades pre-K through 3, adding grades 4 and 5 in the subsequent two years.

“We didn’t come to southwest Louisiana with the intent that we’re here to show people how to do anything,” Phillips says. “We came here because we love it here, and we love the people here. One of the reasons we love it is because we can do what we do on a larger stage and in a more creative way than we could in California.”