Louisiana Swamp Base has purchased McGee’s Landing Restaurant & Basin Tours in a move the new owners envision will turn the Henderson levee property into a magnet for Boy Scouts adventure and educational activities for decades to come.

Louisiana Swamp Base, incorporated in late 2014, is a wholly owned subsidiary of the Evangeline Area Council of the Boy Scouts of America, according to Ben Pierce, Swamp Base’s executive director.

“Each year Swamp Base focuses on improving the quality and experience of the Atchafalaya Swamp through environmental stewardship efforts and high adventure programs that instill pride and ownership in the area by allowing youth to experience the swamp firsthand,” reads the Louisiana Swamp Base website.

Gary McGoffin, secretary for Louisiana Swamp Base, says the project has its roots in a long-range planning process that began during his tenure as president of the Evangeline Area Council. 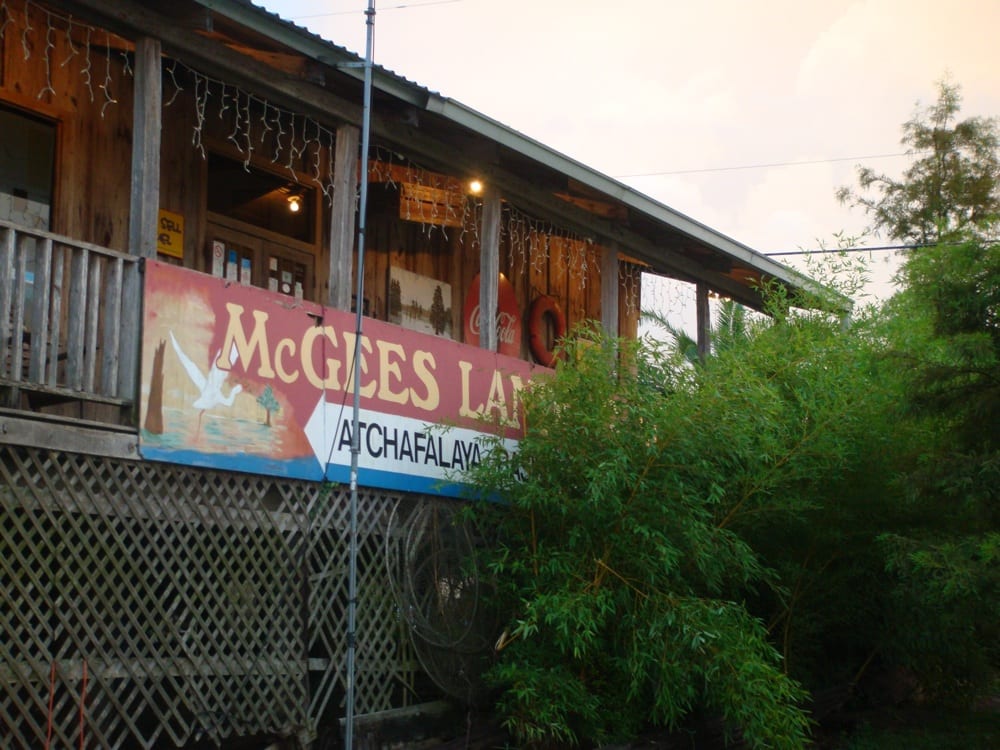 “In 2010, the Council made a 100-year commitment to annually immerse thousands of youth in the Atchafalaya Basin,” McGoffin says. “Our goal was to revitalize scouting in the region, and we identified high adventure as a path to differentiate scouting from other youth activities. The Atchafalaya Basin was the natural setting for that.”

The council hit upon the idea of creating an operating endowment that would enable it to put its money to work on capital investments as well as cash flow-generating ideas.

“We’re going to have a STEM (science, technology, engineering, mathematics) lab and a STEM camp to enable young people to engage with nature,” McGoffin says.

Mike DeHart, chair of the Louisiana Swamp Base board, says the organization has been working on securing a spot like McGee’s Landing for five years.

“For Swamp Base, this catapults us from a program that serves 2,000 scouts per year into a national treasure,” DeHart says. “We will be able to get scouts on the water here from across the globe.”

“For Scouting, it elevates our program on par with Philmont and camps in Galveston and the Florida Keys,” DeHart continues.

Philmont Scout Ranch in northern New Mexico operates a high adventure program. Galveston is home to the Sea Scouts Base programs. The Florida National High Adventure Sea Base program is located at mile marker 73.8 on the Overseas Highway that links Key West to the Florida Peninsula. DeHart envisions the Louisiana Swamp Base High Adventure Treks developing the kind of draw those facilities have.

DeHart says the sale of McGee’s Landing by owners David and Peggy Allemond of Washington, La., closed Tuesday. Terms of the sale were not disclosed.

Pierce tells The IND that David Allemond, who is staying on as tour manager and is also providing consulting services through the transition, had fond memories of scouting in his youth and was receptive to the idea of selling the facility and ground to Louisiana Swamp Base.

“What a legacy to leave,” Pierce says of the Allemonds. “They’re selling to a good cause that is going to promote positive uses of the property by giving scouts and others access and exposure to the area. There is no better setting for our program than that spot on the levee in Henderson.”

Louisiana Swamp Base’s High Adventure Treks have brought 1,000 or more Boy Scouts into the Basin on six-day, six-night, 61.6-mile canoe treks through the western side of the Basin. Trek 2, which will start in 2017, will cover 75 miles.

Pierce says public access to the Basin from the landing will continue, as will swamp tours. He adds that Louisiana Swamp Base also plans to have a restaurant component, noting that while the existing McGee's restaurant has already been closed for renovations, the swamp tours and airboat tours are still operating.

The facilities built by Louisiana Swamp Base will be universally accessible, Pierce and DeHart say, to enable people with physical challenges to experience the swamp.

“Since we began our High Adventure Trek program in 2013, we haven’t had a facility,” Pierce says. “We used dormitories at UL Lafayette and rented the equipment we needed.”

That’s about to change.

Pierce says plans are to construct a 40,000-square-foot conference and lodging facility on the McGee’s Landing property. He estimates the cost for the building and other site enhancements to be about $30 million.

DeHart says Louisiana Swamp Base will begin a capital campaign to raise the needed money in 2017.

The Evangeline Area Council is one of approximately 280 regional councils affiliated with the Boy Scouts of America across the country.

McGoffin says the facility will operate year-round and, he believes, will help the swamp.

“We’re going to be creating a broadly based constituency for the Atchafalaya Swamp that will help protect and preserve it for years to come,” McGoffin notes.