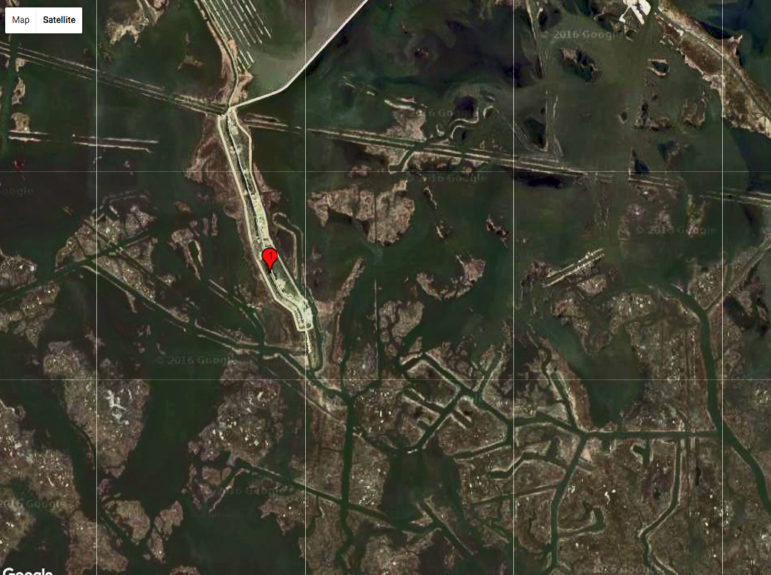 In May, when the community of Isle de Jean Charles received a federal grant to relocate from the crumbling marshes in Terrebonne Parish, headlines around the world proclaimed them “America’s first climate refugees.” The label has stuck.

Experts familiar with the issues in Louisiana and other coastal areas of the U.S. would disagree.

To start, Isle de Jean Charles isn’t the first. Although the grant called for “innovative community responses to the devastating effects of climate change,” several villages in Alaska have been labeled “America’s first climate refugees” as far back as 2013. One is already in the process of relocating. The Isle de Jean Charles community has yet to settle on a new location.

The issues go beyond semantics to the root of the island’s problems. If coastal researchers were to write a headline about what’s happened to Isle de Jean Charles, they have several options that would be more accurate.

After all, the island rests on a sediment-starved delta that is one of the fastest-subsiding coastal landscapes on the planet, which sank more than three feet last century.

Over the same period, sea level rise, the most visible result of climate change, averaged only about 6.5 inches. It has increased since 2000 and will become the main problem facing the island in the decades ahead.

Levees, canal dredging and fault lines have made it worse

If the headline were to address the causes of subsidence, it might read, “America’s first river levee refugees.”

Once those mud walls were raised to protect cities, the Mississippi River was blocked from replenishing the delta, guaranteeing all of Southeast Louisiana would eventually sink below the Gulf.

Yet if that’s all humans had done, experts have said, most of the wetlands and ridges that existed in the 1930s when those levees were built would likely still be intact today. But that’s not all we did.

Which brings us to another headline: “America’s first oil and gas development refugees.”

Research has showed the oil industry was a major cause of the rapid sinking and erosion of the Louisiana coast between 1932 and 1980.

Ten thousand miles of canals were dredged to reach drilling sites, and the withdrawal of those hydrocarbons caused subsurface layers to compress.

Isle de Jean Charles was in the heart of an area that lost more than 80 square miles of wetlands a year during the height of that activity, from the 1950s to the 70s.

Some geologists think there is an even more accurate headline: “America’s first geological fault-line refugees.” They believe the major cause of the sinking is activity in the scores of faults in the area.

On top of that, climate change will cause the Gulf of Mexico to rise

Although researchers agree subsidence, and all of its causes, is the primary reason the people of Isle de Jean Charles must move, they also agree that sea level rise has magnified its problems – and it will be the major issue going forward.

Such waves cause sudden land loss when hurricanes drive storm surge onto the coast. Louisiana lost more than 200 square miles of coastal wetlands during hurricanes Katrina and Rita in 2005, far more than would have been lost that year to subsidence alone.

Those huge losses raised the average annual land loss that decade, which includes all the other factors. “So,” Pahl asks, “how do you tease out what is due only to sea level rise, or levees or canal dredging or faults?”

Those losses will probably become even larger in the future because climate scientists expect the frequency and duration of large hurricanes to increase as the climate continues to warm, says Virginia Burkett, a Louisiana-based U.S. Geological Survey researcher. She has studied coastal impacts of climate change for the Intergovernmental Panel on Climate Change.

“This is linked, in part, to warmer sea surface temperatures that are caused directly by the warming of the atmosphere,” she says.

So what would be the most accurate headline for the impending move by the residents of Isle de Jean Charles?

If the story followed the consensus of among coastal scientists, it would probably read something like this: “America’s first subsidence/levees/oil and gas drilling/fault lines/climate change refugees.”

Bob Marshall covers environmental issues for The Lens, with a special focus on coastal restoration and wetlands. While at The Times-Picayune, his work chronicling the people, stories and issues of Louisiana’s wetlands was recognized with two Pulitzer Prizes and other awards. In 2012 Marshall was a member of the inaugural class inducted into the Loyola University School of Communications Den of Distinction. He can be reached at (504) 232-5013.