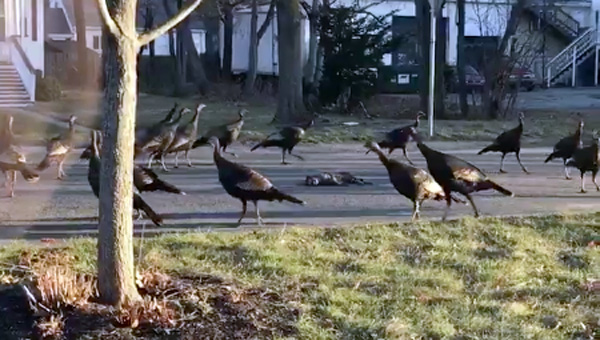 Was it dark magic? Turkeys attempting to imbue a cat with a lagniappe, 10th life? Meh, says a biologist who studies the behavioral ecology of birds; it’s probably “predator inspection behavior.”

National Public Radio investigated the strange phenomenon captured on video by a Twitter user, @TheReal_JDavis, showing about 15 wild turkeys slowly circling a dead cat on a residential street somewhere in New England. The biologist speculates that a lead turkey, wary of the lifeless predator, began circling it to ascertain its intentions; the rest of the flock simply fell in behind the leader. Odd all the same.

Check it out here.