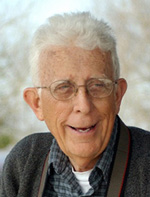 The Community Foundation of Acadiana has named a fund in honor of the late Elemore Morgan Jr., the beloved local artist and longtime UL professor who passed away on May 18 at the age of 76. Morgan had originally started the fund with Francis Pavy and Guy Ransonet by donating works of art that would be auctioned, with proceeds from the sales going back to the fund.

Donations can be made to the Elemore Morgan, Jr. Visual Arts Endowment by check (with the fund indicated in the memo line) to the Community Foundation of Acadiana, P.O. Box 3892, Lafayette, LA  70502. For more information or to make a donation by credit card, call the Foundation at (337) 266-2145.