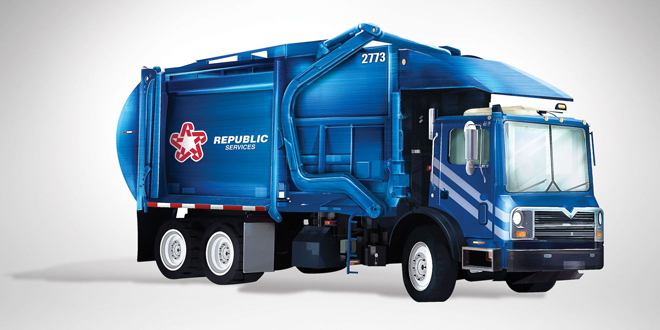 Roughly 4,000 households in unincorporated Lafayette Parish are past-due on their garbage-collection bills and face "an interruption in service."

Republic Services, as the solid waste contractor for Lafayette Consolidated Government (LCG), has notified the administration of the impending suspension of service for past due customers in the unincorporated areas of Lafayette Parish, beginning Wednesday, May 17, 2017.

Cydra Wingerter, the chief communications office for Lafayette Consolidated Government, says Republic is only targeting delinquent payers in rural Lafayette because “garbage collection within the city limits is tied to residents’ utility bills. When city residents fail to pay for garbage they also fail to pay their utilities and face having their electricity and water being cut off. This significantly increases the likelihood of payment.”

Wingerter adds that past-due customers — those who have already received four delinquent notices — will not be required to pay Republic more than 120 days’ worth of service fees. According to LCG’s Code of Ordinances, delinquent payers could also face fines, liens and, ultimately, civil action by LCG that could include criminal fines and even jail time.

Wingerter says City Hall is aware that suspending service in rural Lafayette Parish could exacerbate the existing problem of illegal roadside trash dumping and that officials are working to address the issue.

“Unfortunately, illegal dumping is always a concern and is a problem we face now,” she says in an email to The Independent. “The current curbside collection would likely accommodate almost all, if not all, of unincorporated residents’ solid waste needs, but the service isn’t free. Signing up for and paying for garbage service is not just the law, but it’s also an issue of public health and welfare. We have to better educate citizens on the responsibilities of proper waster disposal and the detrimental consequences that come from litter and illegal dumping. It’s not just ugly, it’s creates an ecological crisis and financial burden that is shared with the entire community.”