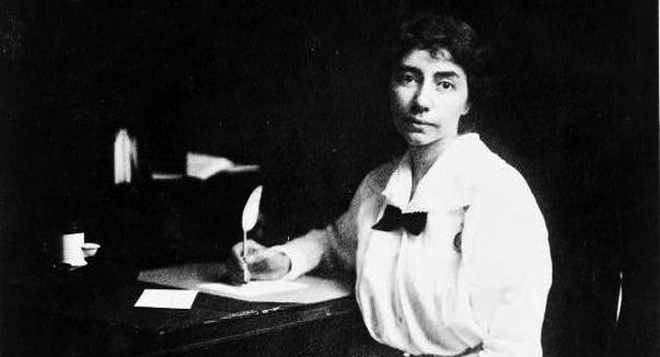 [Editor’s Note: Mailbag is an occasional compilation of letters to the editor. Letters are only lightly edited for clarity. Send a letter to the editor by using the ‘We want to hear from you” link box at the bottom of all stories at theind.com.]

It appears that the La House and Senate might not agree on a budget before the session close tomorrow evening, necessitating another special session. It appears to me that the culprits in this saga are the republican hard liners who believe that spending should be cut at all costs; yet are willing to go into a special session at a cost of close to $100,000 per day. It also appears to me that compromise is possible as both sides appear close. If a compromise is not reached, and the legislature does go into a special session, I think the least that the representatives and senators can do is to forgo their tax free per diem payments. It is inconceivable to me that they cannot accomplish the task they were given in the time allotted. There is no excuse for this potential dereliction of duty and we, the taxpayers, should not have to pay for the legislature's failure.

QUESTION, is the United States the only country that built statues, parks and named governmental units, ie, parishes and counties, after traitors and turncoats? My knowledge on the subject is anything but complete, but I’m not familiar with another country that relishes and revers individuals that actively sought and fought for the overthrow of their government, lost, then had parks, statues and governmental units named in their honor.

Let’s face it. Those individuals that fought for and supported the Confederacy where traitors, plain and simple, totally undeserving of the respect and adulation bestowed on them. They were no better than Benedict Arnold and I can’t think of any statues or counties name in his honor.

The process of doing such was and is an example of “social one upsmanship”. It was and is the South’s way of telling southern blacks, “yes, we may have lost the war, but we still have you under our thumb and we’re not going to let you forget it”.

These “monuments” to the Confederacy are despicable, disgraceful, and disposable. The only appropriate place for such symbols of disgrace and disgust is a blast furnace. There they could be melted down and reshaped into monuments commemorating and memorializing individuals that fought for and risked their lives for what the US truly stands for - freedom and justice for all. Not the segregation-ism, hatred, and divisiveness representative of the Confederacy.

More than a year ago, United States Supreme Court Justice Antonin Scalia made a visit to south Louisiana just prior to his death. In Metairie, Justice Scalia spoke broadly of legal customs and traditions and their place in society and the legal field.

In an underhanded warning about the consequences of swift or whimsical change of such customs and traditions, the good Justice critiqued Shaw’s line from ‘Back to Methuselah’, made famous by Robert F. Kennedy: “You see things and say, ‘Why’; but I dream things that never were and say, ‘Why not?’” Importantly, Scalia put Shaw’s quote into context and pointed out that it is “not really a sound guide to human action” because the line is “attributed to a serpent, and addressed to a woman named Eve.”

An unfortunate and predicted consequence of the removal of Confederate monuments by New Orleans’s lame-duck mayor has been a rash of demands, premised upon racism and white privilege. The latest absurdity in this movement has culminated in the targeting of LSU’s mascot, ‘Mike the Tiger’, named over one hundred years ago in post-Reconstruction Louisiana: A recent online petition is calling for the renaming of the University’s mascot.

In this age of political correctness run amuck, it would seem wise for leaders to heed the warning delivered by the late Justice Scalia. A line must be drawn in the sand. Cowering to the fear of being labeled a bigot or racist should be met with a calm reflection on the broader context: The ‘Fighting Tigers’ were labeled as such because of their tenacity and perseverance in the face of great danger and risk.

To bend to an assault on such principles because of the fear of being called a bigot or racist is akin to Eve’s succumbing to temptation in the Garden of Eden.

Tops should not be funded at all. The state should not be in the scholarship business. That should be left to the alumni, corporate donations and other charitable donations. The money spent on this would make a nice dent in the budget hole or would fix a lot of roads.

Congressman Higgins has posted a very disturbing message on killing Moslems. He has taken an oath to preserve and protect the constitution not defend Christendom. The attacks in Manchester and London spurred him on. The current climate in the United States is a slow motion second American civil war with civility being the first thing to go. The congressman in my mind is in violation of house ethics rules. He is a right wing rogue with this inflammatory rhetoric.

Please leave the name of the Louisiana School for Math, Science and the Arts as it is. Name a building for Long. Regret the fact that our legislature has nothing more important on their agenda that they waste precious time and effort on this bill. They will now call a special session to take care of state business. Leave the name as it is!! Very proud to say I’ve had 3 grandchildren attend this wonderful institution. Our elected officials have come to believe they’re elected to honor themselves instead of taking care of the people’s business. SAD!

Sen. Dan Moorish’s resolution to study the separation of the 15th JDC is welcomed by practicing attorneys in Vermilion. It should have been done years ago. The Circuit riding 13 judges of the 15th JDC makes it difficult for matters to be timely heard in the courts. If a judge is not scheduled to be in Vermilion because of pre-determined ct. schedules and this same judge has been assigned a case by random selection as is the practice, a preliminary motion or trial date is delayed sometime for more than 3 months. Lafayette has a busy ct. docket and the judges are assigned disproportionately to Laf. to the detriment of Acadia and Vermilion parishes. I have been experiencing this situation for my 55 years of law practice . The judges don’t want to split the district for political purposes since they can maintain their position even though they might not get votes in their own parish of residence. Same applies to District Atty. Please lets do it once and for all.