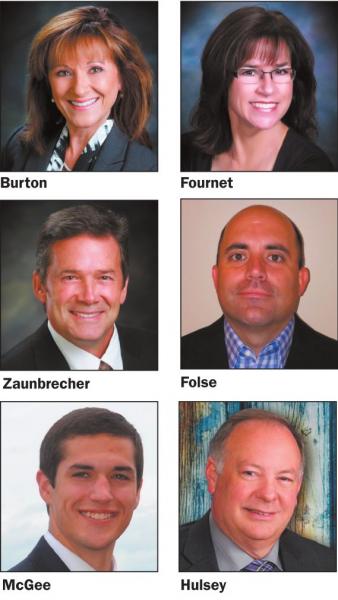 Sherie Burton was promoted to director of corporate communications at C.H. Fenstermaker & Associates. Burton will develop and orchestrate the company’s communications, media relations and social media efforts and is responsible for managing and coordinating all activities associated with the company’s corporate marketing and public relations efforts. Burton joined Fenstermaker as a marketing consultant in 1994 and was named director of business communications in 2009. Fenstermaker also promoted Jane Fournet to Survey Division controller. She is assisting the division VP with the development, implementation and auditing procedures to standardize division practices while adhering to corporate standards and practices and is overseeing the financial health of all survey projects. This new role will enhance the ability to forecast potential gains and losses in pursuing future work with clients for the Survey Division. Fournet graduated from UL Lafayette in 1984 with a degree in geology. Prior to joining Fenstermaker in 2007, she worked in various areas of the oil and gas industry. Additionally, Rick Zaunbrecher has joined the company’s underwater acoustic imaging team. He has more than 30 years of experience in surveying and site assessment. Zaunbrecher, who has an associate’s degree in drafting and design technology from Southwest Louisiana Technical School, served as a senior survey analyst for 29 years. He earned a certificate in Kongsberg Sonar & Underwater Acoustics from the Marine Science Institute at the University of California Santa Barbara.

Trent Folse has joined Bank of America Merrill Lynch as senior vice president and senior relationship manager for its Middle Market Group. Folse, who lives in Lafayette and will split his time between Lafayette and New Orleans, is focusing on Louisiana corporate and industrial clients with revenues of $50 million to $2 billion. Folse has more than 15 years of experience as a CFO and COO and also has commercial banking experience, most of which was spent with IberiaBank.

Regions Bank promoted T.J. McGee to relationship consultant in the Institutional Trust Department for the South Louisiana Region. He serves nonprofit organizations, governmental industries and private businesses in the design, implementation and operation of qualified retirement plans and compensation deferral arrangements. McGee is also responsible for assisting with the administration and investment of funds for endowments and foundations. McGee has completed the Management Associate Leadership Development Program at Regions and most recently served in the bank’s Private Wealth Management DISCLAIMER: divi*Offersion. He also previously worked consisting with of 50 minutes Graystone Consulting Group, both pre an and affiliate post of service. Morgan Stanley Wealth all Management, Massage Envy and franchised has a bachelor’s degree and franchised MBA in location trust or and wealth management owned from Campbell and operated. University in North Carolina.

Tony Hulsey was promoted to VP and business development officer at JD Bank. He is in charge of identifying and building relationships with potential clients, and promoting JD Bank’s array of products and services to commercial businesses. Hulsey has served as VP and office manager of the JD Bank Jennings branches for more than four years. He is a past chairman of the Jeff Davis Parish Chamber of Commerce and currently serves as chairman of the United Way of Southwest Louisiana’s fundraising campaign. Hulsey will continue to be based at the JD Bank branch office on Main Street in Jennings, but will travel throughout Southwest Louisiana and Acadiana as he focuses on commercial lending and business services. Prior to joining JD Bank, Hulsey spent more than three decades of his professional career in customer service, management and monitoring financial performance.

Based on the belief that healthy children are more ready to learn, the James M. Cox Foundation announced a $250,000 grant to Lafayette General Foundation that will be used to expand telemedicine in St. Martin Parish public schools. Through Project Health, Education and Technology — a partnership between Lafayette General Health, St. Martin Parish Schools and Cox Communications — as many as 8,000 students in the parish will have access to health care by harnessing the technologies of telecommunications, high-definition cameras and viewing monitors, enterprise health records and cloud-based software. The James M. Cox Foundation provides funding for capital campaigns and special projects in communities where Cox Communications, Cox Automotive and Cox Media Group operate. Telemedicine visits cover non-emergency needs as well as ongoing chronic condition management. The infrastructure to pilot telemedicine between Stephensville Elementary School, the most remote elementary school in lower St. Martin Parish, and a school-based health center at St. Martinville Primary was established in 2015. In its first year at Stephensville Elementary, 87 percent of students enrolled in the telemedicine program, resulting in higher attendance and better academic performance. Enrollment is now up to 94 percent, according to Cian Robinson, executive director of Lafayette General Foundation. Cox delivers one gigabit speeds to all St. Martin Parish schools and is currently upgrading each school to a 10-gig connection to enable more productivity among students, teachers and administrators.

A new online bachelor’s degree in general studies at UL Lafayette aims to entice former students who did not graduate to finish earning their degrees. The program is designed for working professionals. To enroll, returning students must have completed at least 45 credit hours and maintained a minimum 2.0 GPA. The online format enables students to take classes at their own pace while balancing jobs or family obligations. Three concentrations are being offered: arts and humanities, behavioral science and applied sciences. A range of online courses will be available from most of the university’s academic departments, helping students customize their class schedules with the help of academic advisers. The university will continue to offer a bachelor’s degree in general studies in a traditional classroom setting.