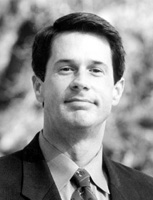 U.S. Sen. David Vitter wants to use his campaign funds to pay for the legal bills he racked up for his involvement with the high-profile D.C. Madam prostitution ring case. The Advocate reports today that Vitter will ask the Federal Election Commission if he can use his campaign funds to pay off his $127,000 legal tab. Jan Witold Baran, Vitter's attorney, argues that he was only involved in the "Palfrey matter" because he was a senator:
"Other individuals whose phone numbers appeared in Ms. Palfrey's records who did not have a public profile like the Senator's were not dragged into the legal proceedings and did not incur the related legal fees." ...

In his request to the FEC, Vitter points to the case of former U.S. Sen. Bob Kerrey of Nebraska, whom the commission allowed to use campaign funds for expenses incurred after he left office. Those fees were in connection to press reports about Kerrey’s conduct in the military during the Vietnam War.

"The press coverage (of Kerrey) was stimulated by virtue of his position as a U.S. Senator even though the underlying conduct predated any candidacy or his duties as a Senator," the Vitter letter says.

Remember this from The Times-Picayune? While Vitter served in the House - four months after being sworn into the House and not prior to his public service - his phone number appeared five times on Palfrey's list from 1999 to 2001.

Vitter recently teamed up with Sen Larry Craig as a co-sponsor of a bill to defend marriage.