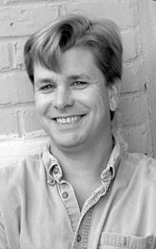 "It has been an absolute privilege and honor to write for and edit The Independent," says Jordan. "Despite my office resembling a small landfill, our core editorial team — Managing Editor R. Reese Fuller, Senior Editor Leslie Turk, staff writers Nathan Stubbs and Mary Tutwiler, contributing writer Jeremy Alford and cartoonist Greg Peters — has consistently produced award-winning work which has been honored by the Louisiana Press Association, The Association for Alternative Newsweeklies and the National Newspaper Association. My co-workers are also my friends, and I’m going to miss the hell out of the whole Independent staff."

Jordan worked for New Orleans’ OffBeat magazine (1993-1998) and New Orleans’ Gambit Weekly (1998-2003) prior to joining The Independent Weekly at the paper’s inception. "I’ve had the good fortune to work with incredibly talented editors and writers and committed and dedicated publishers in Louisiana media," says Jordan. "Independent publishers Steve May and Cherry Fisher May and Associate Publisher Odie Terry care deeply about giving Lafayette and Acadiana the quality newspaper it deserves, and I’m eternally grateful for the support they’ve given me during my tenure at The Independent. I also apologize to them for having my section of the office look like a bomb went off at 551 Jefferson St."

"Scott’s leadership at the paper has extended beyond the department he so effectively and thoughtfully managed for the past four years," says publisher Steve May. "He is one of the finest editors around, and we know what a joy it has been for our editorial staff and freelancers to work for him, even the most experienced among them. Their stories were always enhanced by his skills as an editor. For us, his columns have been among the very best writing in the paper, articulately laid out with an honest and informed point of view about politics and about life in Lafayette, Louisiana. We will all miss him."

"Scott’s been an incredible leader, the calm in the storm, literally, as he guided us through coverage of two major hurricanes, understanding the emotional impact this was having on the staff and more important, how it would ultimately affect our communities and state, emotionally, economically and politically, for years to come," says Turk, who also joined The Independent at its launch. "What’s still so hard for any of us to understand is how the most productive, organized member of the staff can have the most chaotic desk you’ve ever seen — you simply would have to see it to believe it."

Post-Katrina and Rita, Louisiana politics and politicians have been Jordan’s primary focus. "This fall’s elections, both statewide and national, promise to be historic," says Jordan. "And after 15 years of working as a journalist and editor, I’ve decided I want to be directly involved in politics in a different role."

Jordan will be recusing himself from all political coverage at The Independent for his last two weeks at the paper. He also plans to eat as many Jefferson Street plate lunches as possible in that time.