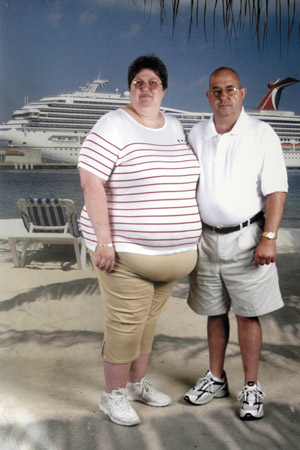 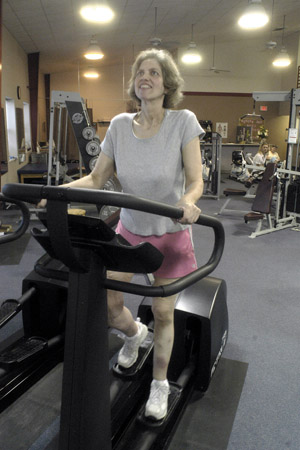 For years, obese people have battled with yo-yo diets and fad exercise programs in futile attempts to lose weight. Fearing the complications associated with surgery, many overweight people just would not consider bariatric procedures. But now, these individuals might be more willing to take a chance ' thanks to a ground-breaking study by Pennington Biomedical Research Center showing that gastric bypass surgery can actually extend a patient's lifespan.

Beginning in 1985, Pennington's executive director and co-author of the study, Claude Bouchard, Ph.D., and Lars Sjöström, M.D., Ph.D. of Sweden, started exploring whether intentional weight loss (not associated with illnesses such as cancer or depression) would lead to a longer life. Eventually, researchers narrowed 11,000 obese subjects down to 4,047 in the long-term experiment, called the Swedish Obese Subjects study. Of these, 2,010 underwent three types of bariatric surgery: gastric bypass, vertical-banded gastroplasty (or banding), while the control group followed conventional weight-loss programs.

"That's very interesting, because we are now seeing that intentional weight loss not only is not accompanied by a decrease in lifespan, but it is instead responsible for a reduction in premature death," Bouchard explains.

While researchers are still trying to explain why, Bouchard has his own theories. Two years post-surgery, patients had lost almost 25 percent of their body weights. At the same time, they experienced major changes in their levels of blood pressure, cholesterol and blood sugar. "In the surgical cases, the patients' risk profile for disease was dramatically improved," Bouchard observes. "For those who were diabetic, hypertensive, and had high cholesterol before the surgery, most of these cases were resolved. And then, several years later, we suspect that some of these improvements have been maintained, and therefore, they are at reduced risk for diabetes and heart disease."

Dr. Philip Gachassin, chief of surgery at Lafayette General Medical Center, has seen these types of results in his own patients. He exclusively performs the laparoscopic Roux-en-Y gastric bypass, which is considered the "gold standard" of bariatric procedures. His results show that patients lose about 70 percent of their excess weight, and that the majority of his patients' medical problems are resolved or tempered, including Type II diabetes, high blood pressure and sleep apnea. "It's all due to weight loss," he explains. "All of those diseases are affected by obesity. If you get the weight off and keep it off, these diseases will resolve, basically."

What SOS researchers still cannot explain is why gastric bypass patients experienced fewer cancer deaths than those in the control group. "It's going to be a complex picture," Bouchard explains. "But overall, the surgical patients' health is better, and they live longer. The whole profile of causes of death is different between the control and the surgical cases."

In the same issue of the New England Journal of Medicine that reported the Pennington study, researchers from the University of Utah School of Medicine published their findings that gastric bypass patients were 40 percent less likely to die from any cause, compared to a control group. "We are convinced that gastric bypass is a real benefit, and that severely obese people who have no other choice should now feel more confident in having an option like laparoscopic weight loss surgery," Bouchard says.

Gachassin says that after having the gastric bypass procedure, his patients "feel great." But he emphasizes that this surgery is just a tool, not a cure for obesity. "I would say that the majority of my patients have adopted an active, healthy lifestyle, and that's been the real key," he says. "Most of our patients are exercising five days a week for at least 45 minutes, and they are eating healthily. The weight loss is great, because they look better. But, they feel good because they have changed their lifestyle, and the bypass has allowed them to do that."

Betty Hebert, who underwent the Roux-en-Y procedure in May 2006 by Gachassin, is one local patient whose lifestyle has been dramatically enhanced by this surgical procedure.

Before the procedure, Hebert weighed 392 pounds and had sleep apnea and high cholesterol. She had tried countless diets, losing weight with some, but then gaining all of it back and more. After investigating other hospitals' bariatric programs, she chose the one at LGMC.

Since undergoing the surgery, Hebert has lost 246 pounds. She no longer has sleep apnea, and her cholesterol is normal. "I feel awesome," she says. "I have so much more energy. It's helped my self-esteem also. And, I know now that I am more productive at work."

Unfortunately, not everyone experiences this kind of outcome.

Lafayette insurance agent Wally Romero was not quite so lucky. Romero describes himself as looking like "Spanky" (from the Our Gang comedies) as a child, then carrying over 300 pounds for most of his adult life. He yo-yo dieted, eventually reaching a peak of 422 pounds. At that point, he was becoming immobile ' and aware of his mortality. "My Dad had had his first heart attack at 52, and I was only a couple of years away from that statistic," he says. "I wanted to at least have a chance at surviving."

Romero had the surgery in New Orleans on Aug. 15, 2002. For a while, he lost weight steadily, reaching his goal of 210 pounds about 18 months later. "That was exactly where I wanted to be," he recalls. "I looked awesome."

The following spring, however, he started feeling ill and continued to lose weight. After running tests, his doctors concluded that the culprit was his gallbladder, removing it in late 2005. Romero felt better for a few days and started eating again. Then, the real trouble started; Romero began feeling worse. His weight plummeted to an all-time low of 152 pounds on his 6-foot frame. Desperate for an answer, one of his secretaries started searching the Internet for the symptoms of gluten intolerance. Romero had every single one.

After eliminating gluten from his diet, Romero started feeling a lot better. His doctors prescribed Oxandrin, a steroid that helps to promote weight gain. It worked initially, but the problems soon returned. He saw a specialist in Los Angeles, who placed him on a pancreatic enzyme to aid digestion. With the combination of the two therapies, Romero is finally feeling much better. "I'm glad to say that today, I weigh 189 pounds." Romero says that the hardest part of his ordeal was the mental toll, which has been helped with counseling. "I would never let a friend or anyone do this without understanding the ramifications," Romero says. "But, I would do the surgery again. I've been given a tenth chance at life."

Gastric bypass patient and Rita Hernandez, a certified wound, ostomy and continence nurse, strongly suggests doing your homework before undergoing weight loss surgery. Before having the Roux-en-Y in Shreveport in 2001, Hernandez says she interrogated friends and former patients about the surgery, as well as doing her own research. "You need to make sure you do all of your homework ' look at your surgeon's track record, talk to some people who have had this surgery by a particular physician and [go] online to find out more information about the procedure itself, some of the complications, and what to expect."

Pre-surgery, Hernandez weighed 325 pounds and had some shortness of breath and sleep apnea. Unfortunately, her insurance company did not cover bariatric procedures, so she had to pay for it out-of-pocket. Today, she recommends letting the surgeon's office, rather than a family practitioner or other doctor, fill out the paperwork to increase chances of coverage.

After having the surgery, Hernandez developed a small wound for a few months but had no other complications. She eventually lost 125 pounds, and is now feeling great. "I would do this again in a heartbeat," she says. "I play with my grandson, and that's pretty much what I wanted. I feel good. I'm moving, and I'm not falling, and I'm not short of breath ' much. I'm glad I did it."