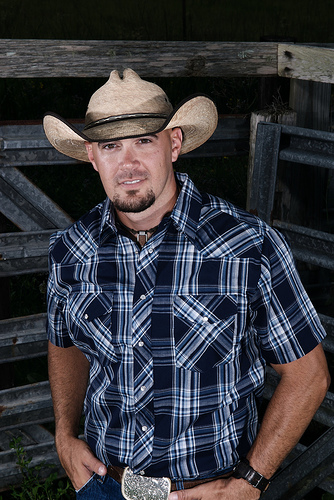 Lafayette singer-songwriter and country boy wunderkind, Jaryd Lane, has signed a record deal with country star, Tracy Lawrence’s Rocky Comfort Records. Lane, a Louisiana native, inspired by artists ranging from James Taylor to Merle Haggard, has been working hard, self-releasing three albums (Country Boy Sessions, Riding For the Brand, and Good Company) since 2005 and marketing them DIY-style, through local and regional retailers like Barnes & Noble where he has been the top selling local artist for the past year.

Interest from the label grew after a gig opening for Lawrence at the Longhorn Saloon in New Iberia in March of 2008 and a subsequent exchange of music links with one of Rock Comfort Record’s employees. “She was really digging the music, and she kept playing the stuff for Tracy and turned him on to it,” Lane says. An invitation to visit the label in Nashville followed and a deal was struck. “I couldn’t be happier,” says Lane, “We’re writing songs like crazy, about to go in the studio — maybe revisit a couple older songs — and try to make a great record.”