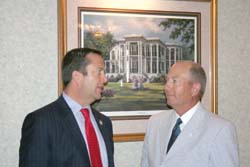 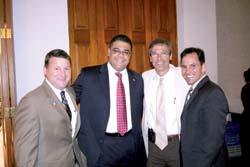 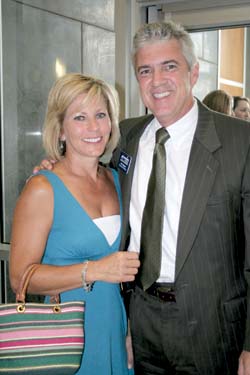 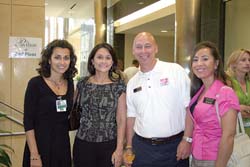 Don’t let anyone tell you the economy here is slowing down. Acadiana Business made the rounds last month, trying hard to keep up with everything going on, and here’s what we found: Those who wanted to know more about the recent legislative session got a fun and informative summary at a recap luncheon in July. The well-attended event was held at the Petroleum Club, where guests got to meet the now seasoned legislators and hear them speak their minds on the session and the forces that guided it. The luncheon was sponsored by the Acadiana Regional Alliance, a group made up of area chambers of commerce and economic development groups...The Greater Lafayette Chamber of Commerce’s July Business After Hours was held at Lafayette General in the newly renovated lobby and Pavilion. The impressive $21 million expansion and renovation provides a new women’s services center, and a fresh, new look for the local not-for-profit...The economy here must be growing as new banks continue to pop up all around. Business First Bank expanded into Acadiana with a grand opening for its branch in the Oil Center location. Ever wonder what former Louisiana Gov. Buddy Roemer is doing now? Roemer was back in Acadiana for an appearance at the Business First Bank grand opening and ribbon cutting. He’s a founder of the bank who brings expertise derived from a vast banking background, including serving on the banking committee in the U.S. House of Representatives and restructuring the Office of Financial Institutions while he was governor. Making good use of all that experience, he opened the first Business First Bank in Baton Rouge in 2006, followed by centers in Shreveport-Bossier, Mandeville and now Lafayette. More centers in other Louisiana cities and in Texas are soon to follow. The Lafayette branch is located at 900 E. St. Mary Blvd., Suite 100, and the professional team working there includes president Mike Guidroz, Eric Marter, Jo D. Breaux, Larry Lanclos Jr., Tina Kaufman, Annette Corzine, Madonna Dugas and Lauren Frederick...Whitney Bank put on a grand celebration of its own for its River Ranch location on Camellia Boulevard. Regional President Duayne Richard says one of the most frequently asked questions while the bank was being built was whether it would have one of the trademark Whitney clocks — and yes, there is a Whitney clock facing Camellia, a proud replica of Westminster Abbey’s master chimes. The first Whitney clocks were installed in banks in New Orleans in 1928, and the clock has become the bank trademark, representing its history and “time honored service.” Branch manager Lexi Baldridge and assistant branch manager Laurie Fangue continue the tradition in Acadiana with help from a team of professionals: Lucas Broussard, Lacy Broussard, Jonathan Richard and Michele Abshire. And, from the looks of the crowd at the opening, Acadiana is looking forward to the new neighbor in River Ranch. The grand opening celebration continued through the week with a Grand Prize Drawing for a 2008 American Eagle one-ounce gold coin...Gov. Bobby Jindal made a swing through Lafayette, stopping at LITE with Rep. Don Trahan to highlight the slew of educational reforms passed in the legislative session. The governor credited Trahan with helping advance bills to get teacher pay raised by $1,000, passing a Teachers’ Bill of Rights and a bill to help reduce the overload of paperwork for teachers, among other reforms. Trahan put in a plug for charter schools to help improve the educational system, commenting that “we owe it to our students to commit to pursuing every opportunity that might bring them success.”...The crew at the Great Harvest Bread Co. was honored to serve first lady Laura Bush on Thursday, Aug. 14, when she made an impromptu visit to the store. In case you’re wondering, she bought Honey Whole Wheat, Farmhouse Hamburger Buns, and Popeye Bread. The crew was shocked when the first lady walked into the bakery — as was owner Michelle MacFadyen, who was in traffic at the light in front of the bakery, wondering why there was a five-car entourage at her store. 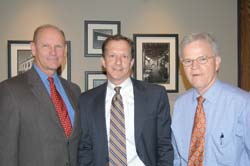 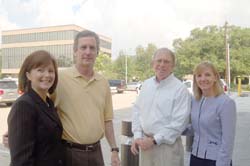 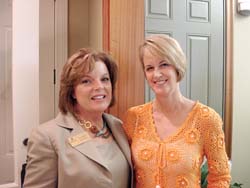 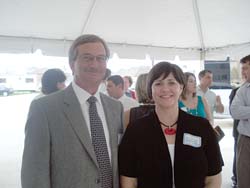 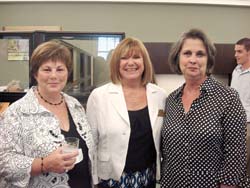 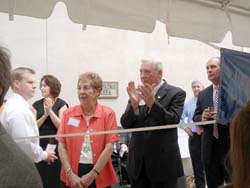 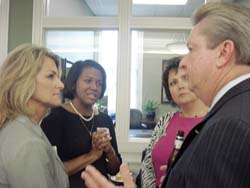 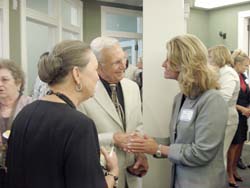 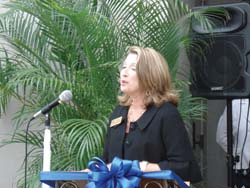 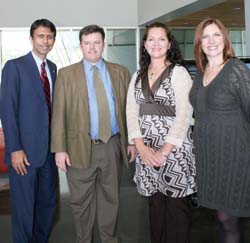 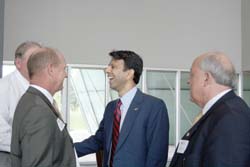 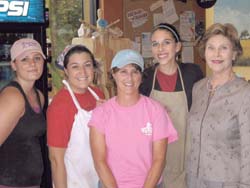