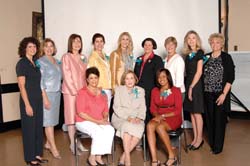 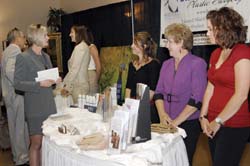 A cosmetic and reconstructive surgeon, Dr. Kenneth Odinet and his employees, Lorraine Carriere, Beverly Faulk and Lesleigh Moore (shown with the Obagi skin care line for aging and discolored skin), returned this year as a WWMB sponsor.

One of the largest crowds in the history of Acadiana Business’ Women Who Mean Business awards turned out to honor this year’s group of deserving women, all of whom have played a key role in the success of our community — and continue to do so every day. The event, presented by Chase Bank and AT&T, was held Aug. 22 at River Oaks, a supporting sponsor along with Vinyl, Dr. Kenneth Odinet and Paul’s Jewelry.

Guest speaker U.S. Sen. Mary Landrieu put politics aside and used the platform to offer a personal message to the honorees and then talked about the success of her four sisters, the inspiration they have been to her, and her experience growing up the eldest of nine children.

This year’s three Trailblazers and nine honorees delivered moving, motivational speeches while accepting their awards. Tennis star Chanda Rubin advised those in attendance, especially young women, to find what they love to do, set goals and achieve them.

It was also a time for powerful women to express just how far women have come in the business world. “I wonder who coined the glass ceiling,” honoree Julie Calzone said, “because I don’t see it here.”

But it was Marcelle Fortier Citron’s closing that brought the crowd of more than 350 to its feet. The co-owner and vice president of Hub City Ford is equally accomplished as a community activist, having founded FoodNet, which is now represented in 65 cities across the state. “Empathy in a world of pain is meaningless,” Citron said, “unless it brings about change.” 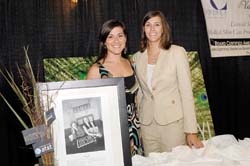 A sign, banner and decal shop, Vinyl supported this year’s WWMB honorees by joining as a first-year sponsor. Emily Marine and Mallory Chastant own the local business. 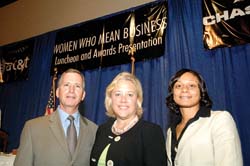 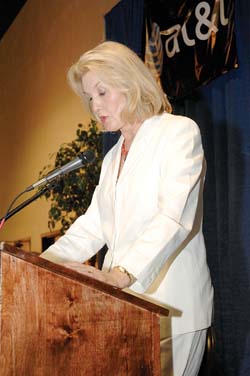 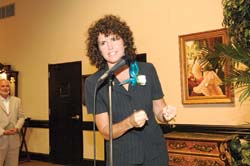 2008 honoree and Eunice native Michelle MacFadyen of Great Harvest Bread Company, who relocated from Colorado Springs four years ago to launch the local business and be closer to her family 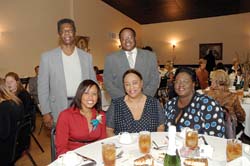 At 32, Chanda Rubin is the youngest Trailblazer in the history of the WWMB awards. Pictured with the tennis star are her mom Bernadette Rubin, sister Lashon, Russell Castille and her dad Judge Ed Rubin. 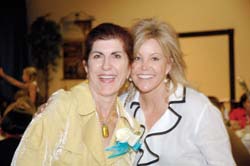 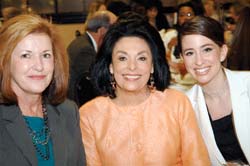 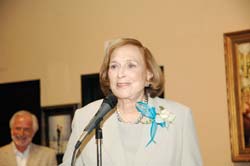 Marcelle Fortier Citron, a 2008 Trailblazer, got a standing ovation for her vast contributions to the community dating back to the early 1950s. 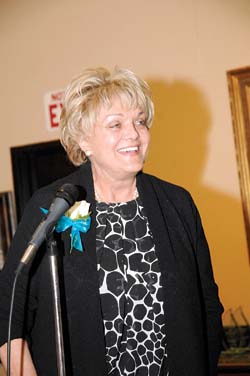 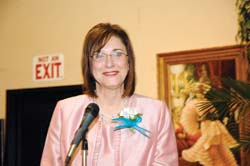