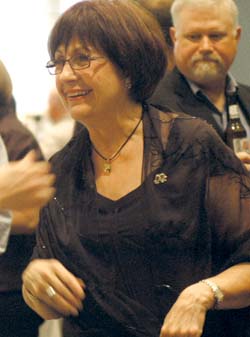 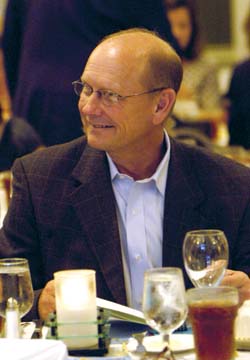 A typical Murder Mystery Theater gives clues to the audience and leaves dinner guests guessing whodunnit, with what weapon and why. But this annual mystery theater, a benefit for Big Brothers Big Sisters of Acadiana, gives prizes for each correct guess. “Killer Reunion, Murder at the Class Reunion,” written by Bill Scurato, was held Friday, Aug. 15, and Saturday, Aug. 16, and was it ever a thriller. Poor Stanley Kissbutter (played by DNR secretary Scott Angelle) was gasp…murdered — just before dinner was served to the sold-out house. Kissbutter was one of those over-achievers in life, a real mover and shaker. He had even received an award with his talent group that performed at the reunion, Dianna Roger and the Sucrets. Luckily, another classmate, Conchita Bonita (Mella Lowry Viera) was there to interrogate everyone in the room. And sure enough, those no good Resters, Randy (Ben Berthelot) and his two-bit cheering wife Sissy (Lisa Colomb) were caught red handed. Local celebrities in the crowd were mocked throughout the play. Former Gov. Kathleen Blanco, for example, brought husband, Coach “Johnny Comb-over” as her date to the reunion. I think the entire room laughed, except for Kathleen. In an effort to win some lovely gifts, everyone participated by attempting to guess the murderer, the weapon used and the motive; Party Girl held her tongue until the silent auction, though. I wanted to be sure to win the prize I’d had my eye on all night. Besides, we had a schedule to keep. Meeting the cast was a fun experience for Party Girl; other cast members were Susie Brunet, Michelle Fontenot, Greg Gossen, Debbie Mills, Fred Mills, Doug Spisak and Erin Spisak. On closing night, it was especially exciting to hear them already fired up with ideas for next year’s Big Brothers Big Sisters fund-raiser. 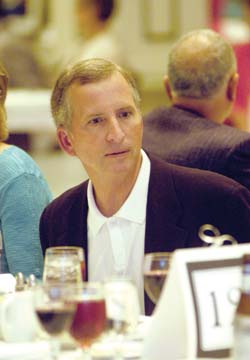 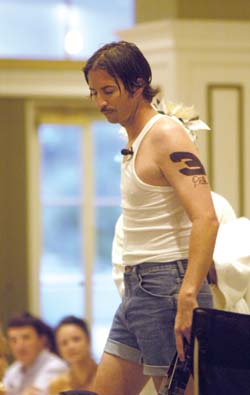 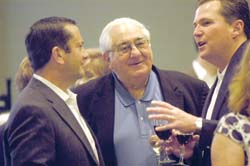 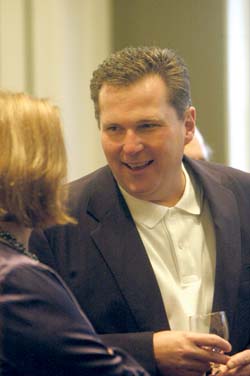 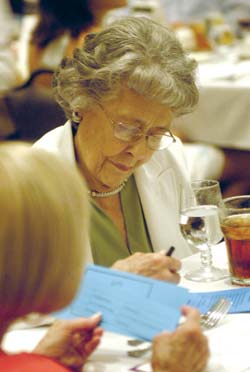 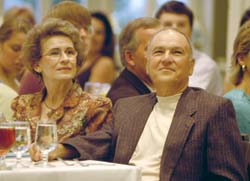