Downtown Alive! celebrates its 25th anniversary with a little help from its friends — both old and new. 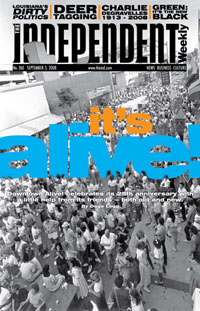 What started as a brown bag luncheon staged at the corner of Lee and Main streets 25 years ago has developed into Lafayette’s top family-friendly musical event, drawing thousands to downtown on Friday nights every spring and fall. This year, Downtown Alive! — exclamation point and all — celebrates its silver anniversary with a new fall season lineup and a retrospective photo and poster gallery exhibit of past shows stretching back to the first season.

In its early incarnation, Downtown Alive was a lunchtime get-together organized by Tom Boozer, the former executive director of the Acadiana Arts Council. But under the direction of Alanda Bennett and Cathy Webre, the fledgling event has grown into what we now know of as the Friday night musical rites we call Downtown Alive. “At my first meeting with Tom Boozer,” Bennett says, “he inquired as to how we could get people to come to a downtown noontime event called Downtown Alive. Easy answer. Move it to Fridays after work.” After a series of shows at Parc de Lafayette, with its infamous “rain-out” gigs taking shelter in the adjacent parking tower, the event eventually made its way on to Jefferson Street.

“We had to get people back into downtown to see and experience its charm, character and potential,” says Bennett. “We knew the event would eventually click, but there were many Fridays when the band members literally outnumbered the audience.” Taking their cues from Lafayette’s love of music and socializing, Bennett and her volunteer crew incorporated as a nonprofit and knuckled down for both hard work and serious fun. “It was not easy convincing my friends to staff a beer truck every week,” she remembers. “Cathy Webre and I served more than our share of alcohol.” 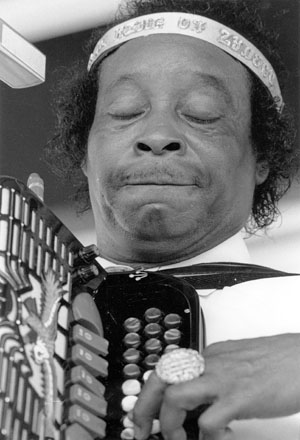 Bas Clas, one of Lafayette’s seminal alternative rock bands of the late ’70s, who also returns to Downtown Alive this season with another local rock favorite Rufus Jagneaux, played the first season of Downtown Alive. “Back then there was barely a stage,” says bassist Geoff Thistlethwaite, “just a little wooden platform that stuck out in the street. Downtown Lafayette was like the DMZ. People just didn’t go there. It was a little seedy and run down.”

After the first few enthusiastic seasons, combined with the move to Jefferson Street, the free outdoor show picked up steam, and it didn’t take long to catch the public’s attention. Crowds of 2,000-3,000 became a regular occurrence. In 1988, Mark Meaux and his band, The Bluerunners, were quickly climbing the ranks of both the folk and underground music scenes with their hybrid of Cajun, folk and post-punk rock. Meaux remembers their first appearance at Downtown Alive. “This was our biggest gig to date,” he says. “The stage was set up on Jefferson Street. I think they had prisoners set it up. Since this was a big gig, we hired our own soundman, who then failed to show up. So, there is this huge P.A., but nobody knew how to run it. We don’t even know how to turn it on. There were folks all the way down Jefferson just staring at us — not making any music. We went to my house and got our little PA that was designed to fill a room of about 200 people. There were thousands of people downtown. We set it up while people were beginning to yell for the music to start. We might as well have been using a megaphone. I think it was about 10 years later before we were asked to play Downtown Alive again.” 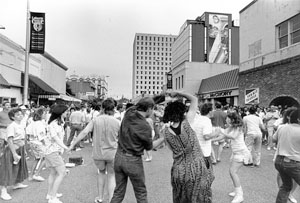 Streetscape, the downtown renovation project of the late ’90s, was another boost to the event. At a cost of approximately $6.5 million, it completely transformed the downtown Lafayette streets, sewers and park areas from neglected relics of the past to burgeoning hallmarks of a new and promising future. Downtown Alive served as a showcase for downtown and ushered in a new age of leisurely, safe entertainment far removed from downtown’s checkered, post-oil boom past.

“They gave downtown a facelift,” says nationally renowned slide guitarist Sonny Landreth, who’s been a frequent Downtown Alive performer, “but lost none of its soul. In every city you have a place where the heart and soul of that city resides. It could be anywhere, but here, downtown is the soul of Lafayette. And Downtown Alive has helped people reconnect with it through everything from the music to the old buildings to the murals and galleries.” 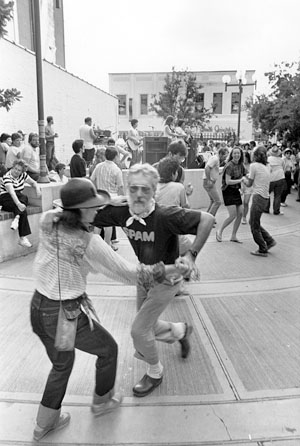 With downtown renovations, corporate sponsors, and the construction of permanent parks and stages also used by Festival International, Downtown Alive has grown into a cultural tradition, incorporating multiple venues and a wide variety of music. Each year the event draws 75,000 to 100,000 people, and the fall 2008 lineup is as eclectic and adventurous as ever. Included this season are several symbolic nods to the early years of Downtown Alive with early acts like BeauSoleil and Bas Clas returning to the stage. There’s also the inclusion of indie/alternative rock acts like Direwood and the Amazing Nuns, whose musical styles haven’t been typical fare for the Downtown Alive buffet.

“Our thinking was to turn on a new generation of people to the Downtown Alive experience and make them feel as if it is their own,” says Ryan Petticrew, marketing and events manager for Downtown Alive. “College kids who live only two or three blocks away, why not encourage them to attend?”

“We’re proud to join the team,” says Direwood’s frontman Jay Burton. “I think it’s about time that they decided to include this facet of the Lafayette music scene. The local indie rock effort is doing just as much as any other genre that purports to put Lafayette on the map.”

Downtown Alive is all grown up now, but the essence of the weekly musical happening remains the same. And 25 years after it all began, Bennett, who now lives in New Orleans, says the event is still following its initial inspiration. “Downtown Alive is more than an event,” Bennett says. “It’s a meeting place. I cannot tell you how many times I’ve heard people mention that this is where they met their husband or wife. It’s a place where people can create memories.”
**
Side Show**