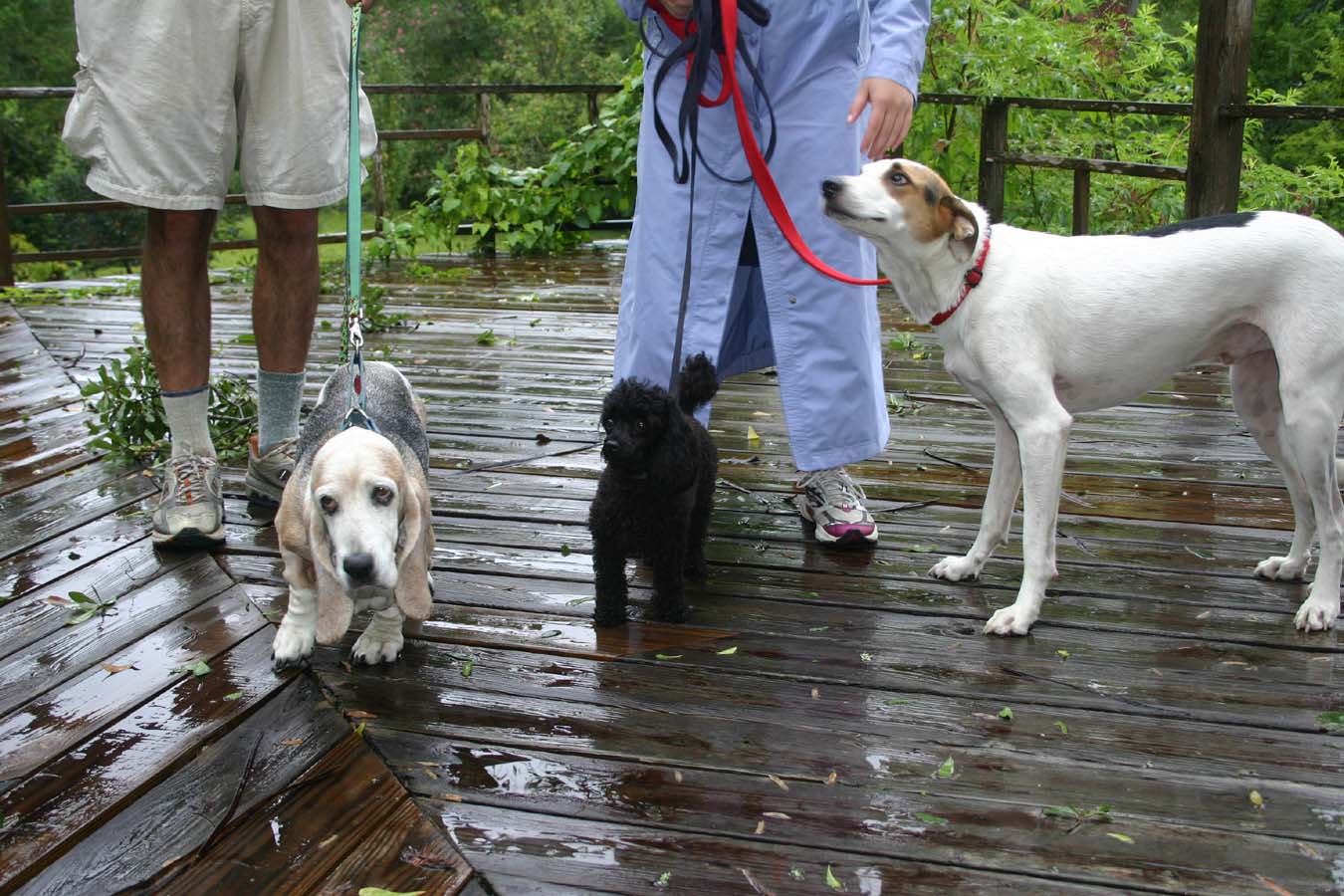 I’m in New Iberia to ride out the storm in a 100-year-old house in the city's historic district. So far, (it’s 11:30 a.m.) there have just been gusts of rain and wind. Last night at about 9 p.m., my daughter Katie and I were walking our dogs, Gus, (big white hound) Memphis (basset hound) and my mom’s dog Teddy (toy poodle) on Main Street. Between our house and City Hall, (about 3 blocks), we were stopped by cops in patrol cars and told we were violating the curfew. The officer told us we could be arrested. Katie sweetly told him we didn’t know about the curfew, and that we would go straight home, which we did. This morning, we were getting ready to walk the dogs again, when we heard on KATC TV-3 that several people had been arrested in New Iberia last night for curfew violations and had been brought to jail. So we just took a walk in the back yard. Here’s a picture of the perps.