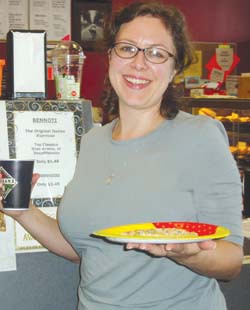 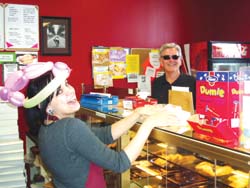 Providing freshly baked European breads, pastries and sandwiches for three years called for a celebration, and Party Girl was first in line for this taste of Europe right here in Lafayette. Euro Breads & Pastries celebrated its 3rd anniversary on Sept. 9, with candy, face painting and balloons for the children and special deals just for the grown-ups. Among the loyal customers present at the all-day event were John Stansbury, Linda Landry, Rich Oglesby, Charlie Gleason, Linda Longoria, Jaime Brashier, Peggy Aucoin, Merlin Donato, Jennifer Pritchett and Henry Gillett — the beloved animal care specialist at Gloria Switch Vet Clinic. New customers like Tennielle Thibodeaux of SLEMCO also came over to congratulate bakery owners Ingrid and Peter Czichomski. Ten raffle prizes were won, and the little ones also took special delight in the balloon crowns and free toffee lollipops from Sweden. Euro Breads & Pastries offers the best bratwurst sandwiches in town, so be sure to check out this locally-owned north Lafayette bakery, located at 201-D W. Gloria Switch Road (behind the DMV, after the SHELL station) or visit it at www.eurobreads.net.

Party Girl does not like to take sides in politics (at least not in print!), but since I am a girl and all, I can change my mind at any time and make an exception when a woman has a shot at becoming the first female chief justice of the Louisiana Supreme Court. Now that’s impressive. Should she retain her seat this fall, Supreme Court Justice Kitty Kimball will replace Chief Justice Pascal F. Calogero Jr., who retires at the end of the year. So I headed out to the City Club at River Ranch recently to shake hands with the Supreme Court justice, and I gotta say she’s pretty impressive. And from the looks of the money raised, she’s rather popular in the legal and business community here. Lafayette attorneys/community leaders Frank Neuner and Jim Roy and about 13 other co-hosts organized the event for Kimball, who is from Pointe Coupee Parish. Looks like 2008 is a big year for women in politics, and after meeting Justice Kimball (who is so much more impressive than that other woman running for one of the highest offices in the land) I’m thinking about running myself. 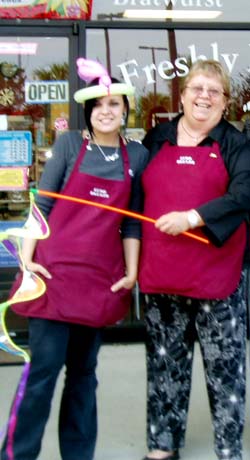 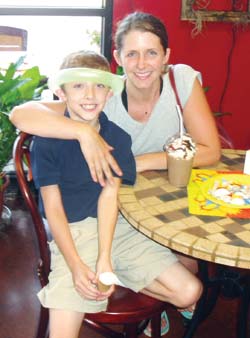 Jennifer Pritchett and her son McAllister 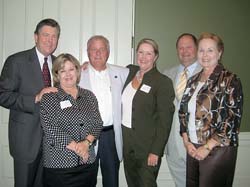 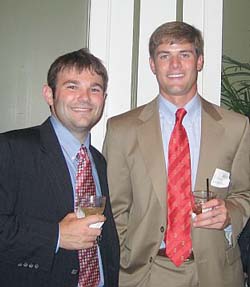 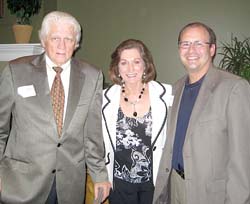 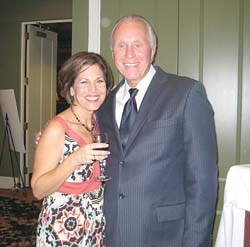 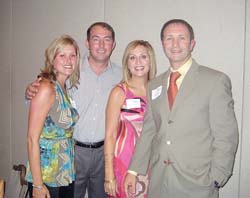 Gretchen and Chris Vincent and Sharon and Jeff Landry