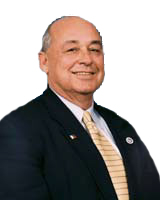 Last week speculation heated up that District 31 state Rep. Don Trahan would resign from his legislative seat in order to take a full-time position with the state department of education. A position with the state would likely present a conflict of interest and prevent Trahan from continuing to serve in the Legislature. Sources close to Trahan indicate an announcement could come as early as Wednesday.

Reached on his cell phone Friday, Trahan says, “That’s a rumor. I’m still the state representative of District 31.” When pressed, Trahan concedes he has been in talks with the department of education about a job. "They have approached me,” he says. “Nothing’s a done deal. I haven’t decided anything, but they have talked to me. That’s the only thing I’m going to tell you.

“I mean if something comes my way that’s better,” he adds, “then I’ll certainly look at it." Trahan would not say what position he was being considered for, referring all other questions to state Superintendent Paul Pastorek. Pastorek did not return a call for comment.

A former teacher, Trahan became chair of the House Education Committee this year and helped push through a number of initiatives on behalf of the administration, including raising the state’s cap on charter schools and a scholarship program to help New Orleans students in low performing schools attend private school. Trahan was first elected to the state Legislature in 2003, representing a district that spans south Lafayette and northern Vermilion Parish. Trahan is a veteran of Lafayette city government, having served as interim chief administrative officer, director of planning, zoning and codes, and director of community development under former Mayor Kenny Bowen. Trahan also served as an administrative assistant to Public Service Commissioner Jimmy Field from 1996 to 2001 and in the 1970s was a legislative aide to the late Cecil Picard.