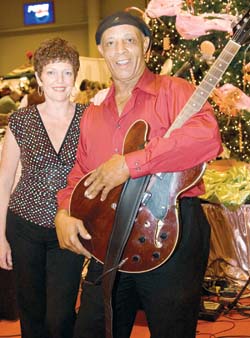 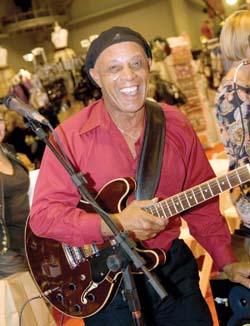 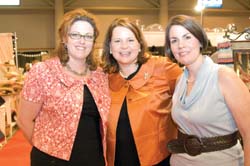 Well these ladies have done it again — the Junior League of Lafayette closed another successful Tinsel & Treasures Market, the philanthropic organization’s largest fund-raising event. From the preview party on Wednesday night to Saturday’s closing, the 15th annual shopping extravaganza was a big hit for merchants and their customers. The mood Wednesday night was set by Major Handy, the King of Blue Zydeco and in Party Girl’s humble opinion the best blues musician in the state. Handy welcomed us all with sounds of smooth jazz numbers while great hors d’oeuvres were served and the pop of champagne was like hearing “ils sont partis” at EVD — except this time it meant, “And they’re off to shop!” And did we ever do some damage. In fact, leaguers Naomi Maraist and Jeannie Patton dressed themselves from head to ankle (they brought their own shoes — six pairs each so they’d have lots of choices) with purchases they made that night. From her earrings to her silver metallic dress and tights, Naomi was a show stopper, but Party Girl just could not track Jeannie down.

Two levels of merchants from across the country gathered for the three-day event, offering items like jewelry, food gifts, toys, home décor and apparel. I checked it all out, from the Severely Sweatin’ Salsa courtesy of Renaldo’s Salsa out of Seminary, Miss., to fresh water pearls that make the best gift for just about anyone’s style, by local designer Barbara Conner.

All of these ladies who put so much time in year-round to pull this event off are super heroes in Party Girl’s book (more than 63 percent of them also work full or part-time), but there was one Wonder Woman in the crowd. Heather Herdrick of Heather’s Closet in Houston was not going to let Hurricane Ike keep her away from her store’s T&T debut. Heather was the first shopper to catch my eye, sassing around in her 3-inch heels and coral bead necklace that looped through her blouse creating a halter top (from her store of course), all with 9-month-old Payton in tow. She explained that her babysitter fell through because of the storm, so she strapped young Payton’s baby carrier on, clutched a simple wallet in her hand and made the rounds — all with perfect posture. This season coral is one of the more popular stones, along with moonstone and fire opals, designers are using in their collaborations. “I’m supposed to be selling, and I’m already buying,” Heather told me. Now that’s the T&T spirit.

Car dealer extraordinaire Sharon Moss did a number on the red carpet with a beautiful gold brushed metallic dress. I should also point out that Kiki Frayard was a head-turner (must be those Zumba classes at the City Club) in her gardenia sheath dress — which featured a splash of the season’s hottest shade of purple. In the couples category, my favorite was Dr. Jeffrey Joseph (a regular Partners shopper) and Jennifer Swinger, who wore a figure flattering black knit dress with gold accessories. Carrie Theard’s handkerchief dress and tights were equally pulled together with cowboy-style boots from Brother’s and jewelry and sling purse from Begneaud’s in the Oil Center. And certainly the luckiest lady of them all was Lasenda Barrois Broussard, who won the Lee Michael’s raffle, an 18-inch Mikimoto pearl necklace with a diamond clasp and a man’s Rolex, a combined value of more than $13,000.

Pretty people and great shopping aside, it’s the seven wonderful community projects and programs the Junior League event supports that keep people coming back year after year. In the past 14 years more than $2 million has been raised through the Tinsel & Treasures Market, with more than 200 active members working together to further the league’s mission of serving this great community. 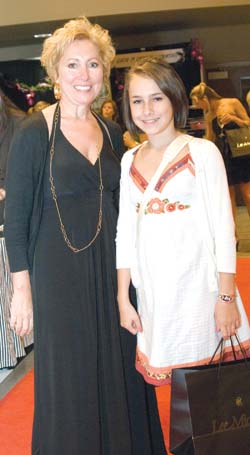 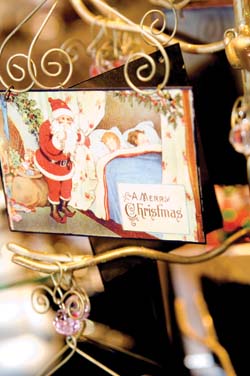 Various Christmas decor got shoppers in the spirit 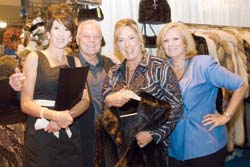 Lydia and Floyd Degueyter with Sami Damek and Rita Montgomery 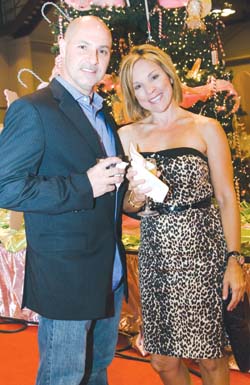 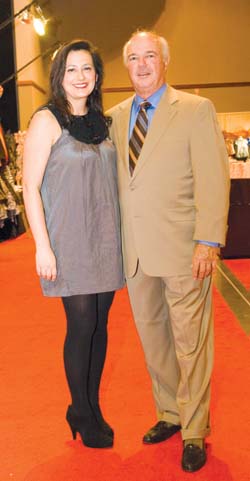 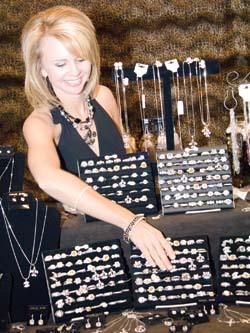 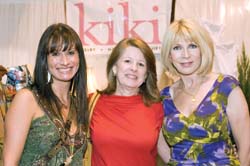 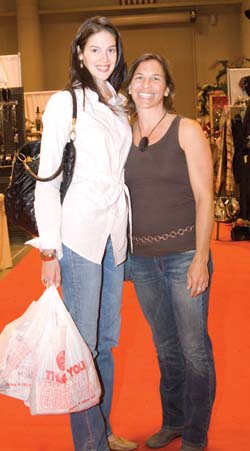 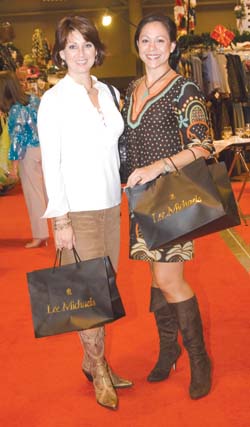 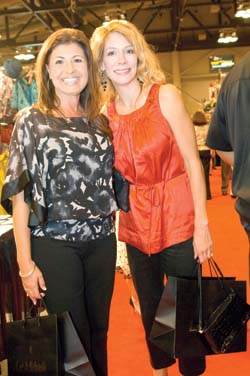 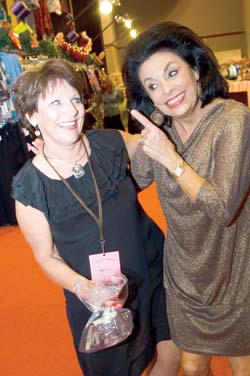 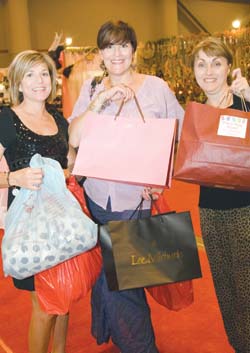