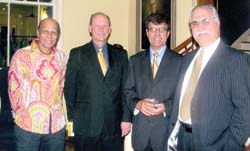 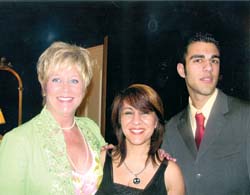 Beth Dooley with Hessam and his mother, Aisha 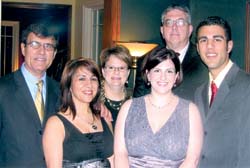 Dr. Ali and Aisha Parzivand, Laurie and Gary Wilkerson (back row) and their daugher Adrienne, and Hessam Parzivand 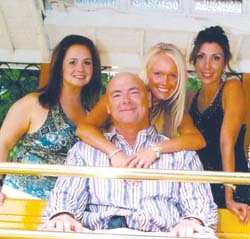 The talent of our youth just never ceases to amaze me, which is why I headed to the UL Alumni Center last month to meet aspiring young author Hessam Parzivand. OK, so it did cross my mind that he’s a real looker, but I’ve been following his career and just wanted to meet this young man and find out more about his book, Winning Middle Eastern Hearts and Minds, Understanding Regional Issues and the People’s Perspective, and what inspired him to get published at such a young age. The 22-year-old LSU grad is now in his second year of law school at the University of Houston — mighty impressive indeed. He worked tirelessly on the book for two years, having spent five months researching it in the Middle East. Hessam, who is of Persian and Arab descent, was born here, but the Middle East is the birthplace of his family. While the Middle East has become a focal point for sensational reports on deadly wars, radical revolutions and extreme religious views, many questions about its people and their views remained unanswered until now. Hessam reports on their thoughts on the war in Iraq and Iran’s pursuit of nuclear technologies, among other topics. It’s a must-read for anyone interested in a better understanding of the Middle East and its people and is available at Barnes & Noble, Books-A-Million and Aisha’s Styling Salon in Lafayette.

Speaking of youth, Party Girl ran into a really Sweet 16, ZZ Sloan, at Ruth’s Chris last month and is so grateful ZZ’s proud grandmother, Kay Outz, was there to snap a shot of the birthday girl with her favorite Ruth’s Chris dessert, fresh berry cheesecake. ZZ also celebrated the big day with her best buds, but PG must issue a word of warning: there’s a new driver on the road, so everyone look out! (Even though I know ZZ’s gonna be very responsible.)

Moving up quite a few years, though still looking much younger than the birthday he celebrated in 2008, is Glenn Stewart. Glenn’s friends recently took him on the Good Times Trolley to downtown’s Filling Station for a 50th birthday party. The crew laughed the night away, threw down a few delicious margaritas and took the safe trolley ride home. Happy Birthday, Glenn; you’ve got a lot of decades left to celebrate. 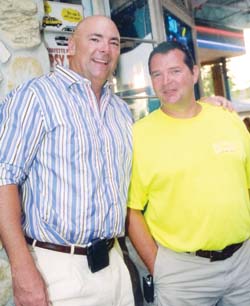 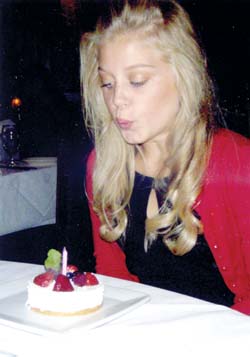 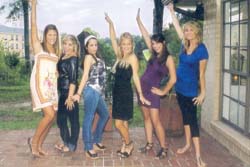