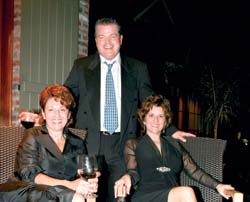 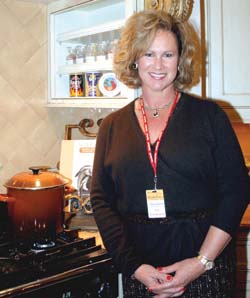 Beth Champagne of The Kitchenary, which provided kitchen décor 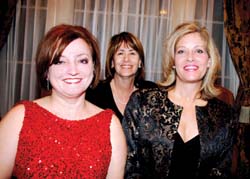 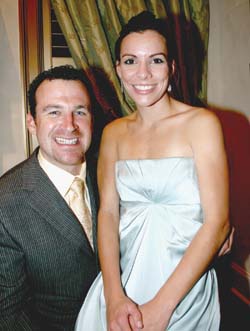 Kyle Braniff and Lindsey Andrus. Kyle owns Backyard Builders and is responsible for the back yard at this year’s showhouse.

A black tie gala on Silver Oak Lane in Broussard’s Vintage Park Development marked the official opening of the Acadiana Symphony Orchestra Decorator ShowHouse (www.acadianasymphony.org) — with Sally Burdette serving as veteran hostess and thrice chairwoman of the incredibly successful community project and co-chair David Bennett moving non-stop to ensure that all was running smoothly. Speaking of running smoothly, have you seen the 2009 Benz CLS 550? After I got a good a good look at this piece of machinery, thanks to curbside champagne served for the event by Moss Motors under a crisp, clear moonlit night (no wonder attendance exceeded even the highest expectations), I know exactly what I want for Christmas. Once again, a la carte came through with incredible food, and everyone was in true Party Girl fashion, especially the debonair Johnny Abdalla, who raised nearly $9,000 as the official auctioneer of the event. McClain Homes’ Sylvia McClain’s dramatic black silk Teri Jon dress accented by a belt and full skirt with pockets (the same one I’d been eyeing through the window at Moseley & Hollard) got my attention, as did Tish Johnson’s iridescent gold/copper long skirt, top and jacket from Little Town — perfectly accessorized with her Vivian Alexander egg purse. But I have to admit that the highlight of the night was meeting New York-based designer Jeffery McCullough, who was recently voted a top “10 Under 40” designer (he’s 33, thank you!) by New York Spaces magazine, and Lafayette native Tim Allis, former senior editor at InStyle. Talk about big city coming to our little town.

Nobody loves to play dress-up more than Party Girl, so Halloween is one of my favorite personal party picks (plus it’s on Friday night this year, which is even more faBOOlous!) It starts with a trip to Old Vogue, of course, and PG has been known to spend an entire afternoon there because they always make sure I’m lookin’ good. This year, those clever folks at The Lafayette Natural History Museum & Planetarium gave Party Girl’s Halloween plans an early BOOst with the launch of a new fund-raiser — A Night at the Museum — and what a SPOOK-tacular debut! Party Girl couldn’t resist the Dead Silent Auction (love my new set of silver goblets) and a visit with the Gypsy Fortune Teller, who predicted lots of parties in Party Girl’s future. The second-floor exhibit space was so elegant, filled with beautifully decorated cabaret tables for dining (Zea’s food was extraordinary) and the music of the jazz quintet In-Harmony. Gwen Jacobs looked great as a brunette (she found her cute little Halloween headpiece at Koi), and museum staffer Kevin Krantz was perfectly cast as the reporter, complete with trench coat and press card tucked into his fedora. I don’t know who won the costume contest, but my vote would have gone to museum foundation President David Andrus as Beetlejuice, who is so enthusiastic about the new event that he’s headed to a haunted house convention in Florida in a few weeks to get some new ideas. Can’t wait till next year. 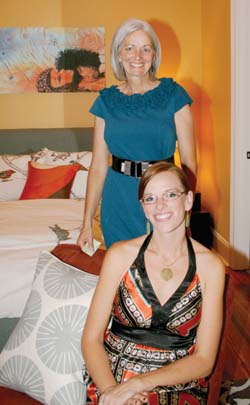 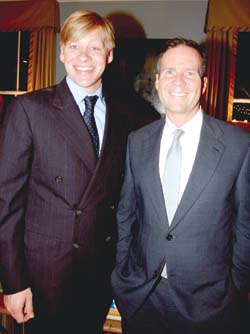 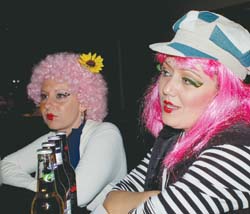 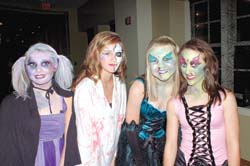 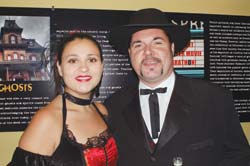 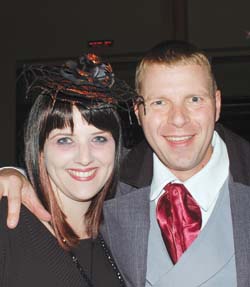 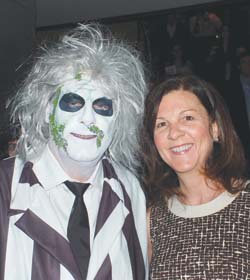