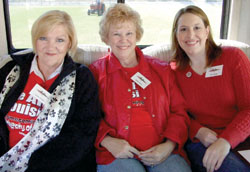 Susan Fisher and Billie Henry of UL's homecoming committee and Erin Kelley with the Lafayette chamber. 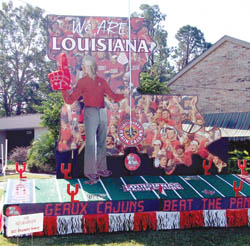 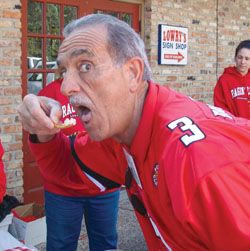 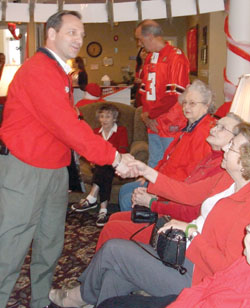 I'm certainly not one to brag, but there is something to be said for being invited year after year to judge UL's Paint the Town Red contest, the Lafayette nonprofit and business community's way of showing their homecoming spirit. This year, of course, was no different as PG joined a host of celebrity judges - media personalities and other VIPs - for what was clearly the best of the best of all the years I've been judging this spirited contest. This year's theme was "We are Louisiana," and local businesses and nonprofits pooled their talented individuals together for a phenomenal day (Steve Riley even played at Red's and Lowry's Printing had the most delish jambalaya from T-Coon's) that was the perfect kickoff to the Ragin' Cajun homecoming victory on Saturday. Go Tyrell - what a man!

We left the Alumni House at 10 a.m. in two RVs, with police escorts all day. Our first stop was the spirited clan at Affiliated Blind on St. Mary Boulevard and our last the Lafayette Community Health Care Clinic on Jefferson Street, but there were lots of stops in between, including The Schumacher Group's "Thriller" skit, which took top honors. The winners were as follows:

Those zany Xanadu ladies had a busy October, full of the festive parties that have become the krewe's trademark. The new member party had a Halloween theme this year — the Xana-boo Brunch — complete with a competition for the best-decorated witch's hat. To be sure the judging was impartial, co-hostess Donna Lyons' lucky neighbors were tapped to pick the prize-winning chapeau. Kudos to Amanda Fournet and Phyllis Boudreaux for their bewitching bonnets. A few weeks later, King Xanadu XIX Robbie Bush and his wife Julie transformed their south side home into The Girls Rock Café for the annual king's bash in honor of the 2009 court and board. (If you didn't guess it yet, the theme for this year's ball is "Girls Rock!") Chuck Boudreaux played bouncer, handing out backstage passes at the door and Robbie's party was a great warm up for the annual muse bash this past weekend. PG will save that report for a future files but suffice it to say it was rockin'!! Party On! 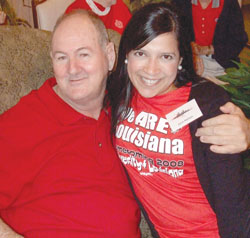 Jenn, of “Fast & Jenn" from KQIS 102.1, got to meet “Mr. Alfred" at Garden View Assisted Living, who calls her every morning to be on the radio. 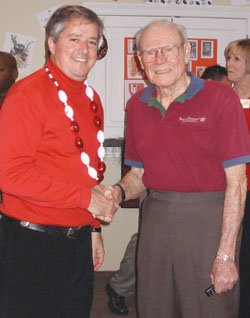 UL's Dan Hare with Barney Foreman, a resident of Garden View and 1939 UL graduate who played football, boxed and ran track for the university. 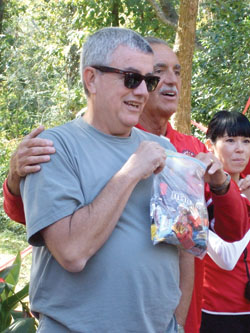 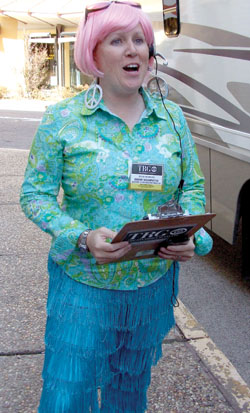 Jackie Russo of Russo Group, which did a skit called “The Dating Game." 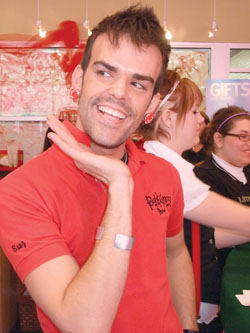 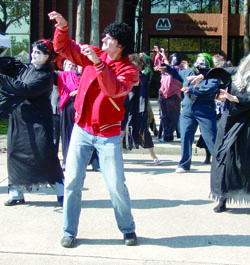 The Schumacher Group's “A House Divided, Sure to be a Thriller," featured Jeremy Martin as Michael Jackson. 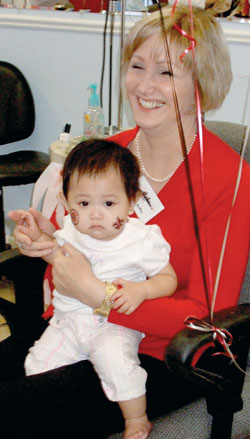 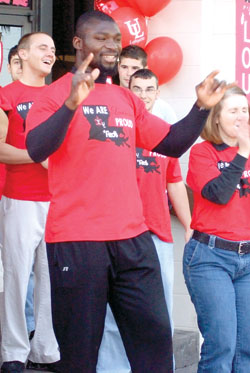 Eugene Kwarteng, a former UL football player and 2006 graduate — my vote for most spirited at Red's. 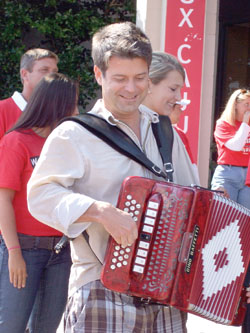 Steve Riley had everyone dancing when the judges arrived at Red's. 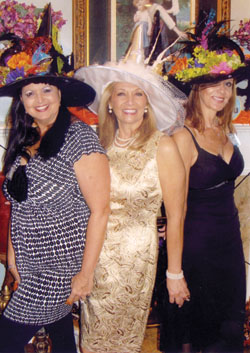 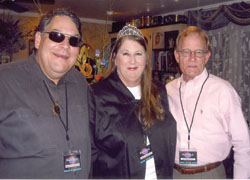 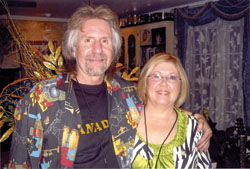 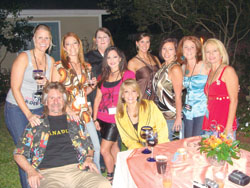