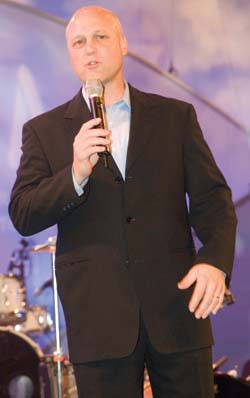 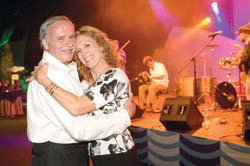 OK, I admit it, I went for the food. When someone invites me to a party and tells me the chefs will be Restaurant August owner John Besh, the ubiquitous John Folse, Donovan Solis from Randol's and Phil O'Donnell from O'Donnell's in Pontchatoula, I'll even get on a plane to have dinner. Which is what I had to do — the coterie of stellar chefs were cooking at Epcot in Orlando. The occasion was a closing party celebrating Louisiana's new relationship with Disney. This year, the state was invited to participate in Epcot's International Food and Wine Festival, a 45-day exhibition of food, music, art and culture.

Louisiana Lt. Gov. Mitch Landrieu emceed the evening. “Nobody does it better than Disney,” he said, talking about combining culture and economic development into an engine for marketing our state. The exposure? More than 350,000 visitors to Epcot ate Louisiana crawfish étouffée, heard Dixieland jazz and walked away with purple strands of Mardi Gras beads that proclaimed they had been to the Louisiana experience. The intent? Once those folks got a taste of Bayou State cooking they would be persuaded to visit and experience the real deal.

Last Friday night, the Creole Wild West Mardi Gras Indians led the parade into a vast tent set up for the occasion. While champagne was served, I went straight for the Sazaracs — after all they are New Orleans's official cocktail. Soul Queen Irma Thomas kicked off the evening, or as Lafayette's Louis Michot joked later, opened for his band, the Lost Bayou Ramblers. LCVC chief Gerald Breaux couldn't sit still any longer, and swung his fiancée, Helen Gardiner, onto the dance floor. Meanwhile partygoers gobbled up Besh's sumptuous shrimp and grits, washed down Folse's creamy butterbeans and ham with big gulps of Abita beer, bit into Solis' crab cakes and followed it all with bowls of Bananas Foster. We just had to dance it all off to Grammy Award winner Terrence Simien's zydeco set. Even the politicians caught fire, and before the evening ended, Baton Rouge Mayor Kip Holden was scratching the rubboard to Simien's funky groove. It all goes to prove no matter where you go, nobody parties like Louisiana. 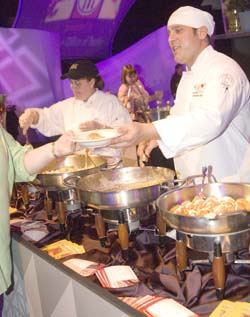 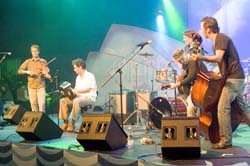 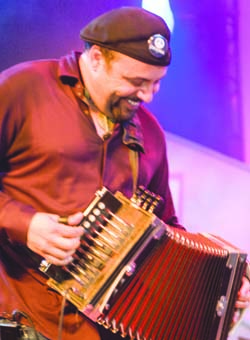 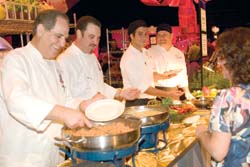 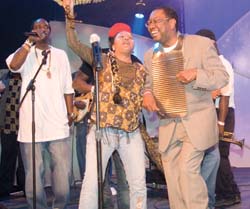 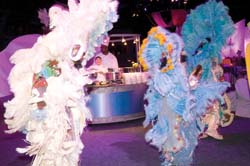 It's not a party without Mardi Gras Indians and Louisiana cooking.