Jean-Paul Coussan and Elise Bouchner were selected as class representatives and delivered a humorous recap of the year. Representing LL’s sponsoring organization, the Greater Lafayette Chamber of Commerce, was Chairman Robbie Bush, a member of Class XVI. Also in attendance was Independent Weekly Co-Publisher Cherry Fisher May, a member of the inaugural Leadership Lafayette class who went on to participate in Leadership Louisiana this year. She was joined by fellow Class I participant Lynn Guidry. After the class members received their plaques and lapel pins, the party continued at Tsunami. Congressman Boustany and Cherry have inspired me to apply to Leadership Lafayette this year; Class XXII will be announced in the next couple of weeks. Look for Party Girl at the top of the list! 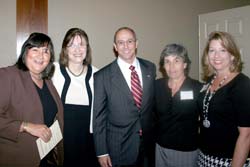 Leadership Lafayette Class XXI’s 10 months of leadership training and development culminated in a graduation ceremony at Oakbourne last month. U.S. Rep. Charles Boustany, a Class XVII alumnus, was the keynote speaker, telling Acadiana’s future leaders how the program convinced him he could make a difference and propelled him to seek public office (and as you all know, he was just re-elected). 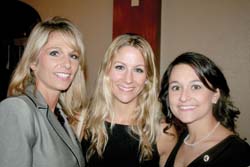 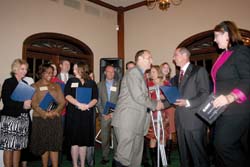 Congressman Boustany and Melanie Martin congratulate Joe Zanco, who broke his foot and could not make it up the stairs to receive his plaque. His classmates are in the background. 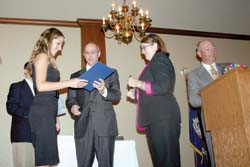 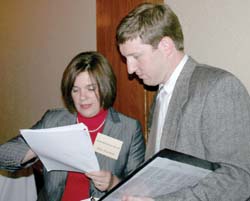