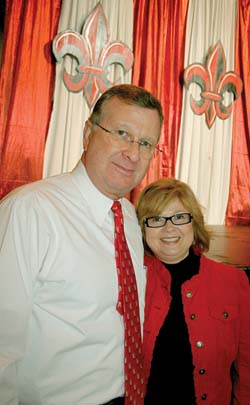 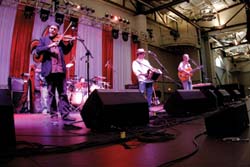 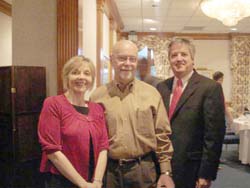 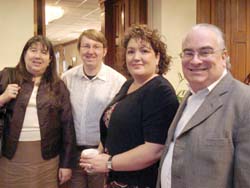 It was red October in Acadiana. The town was painted red, and everyone was wearing red in honor of the inauguration of Dr. E. Joseph Savoie as the sixth president of UL Lafayette and a victorious Homecoming for the Cajuns. The week of events included pomp and circumstance and plenty of joie de vivre. The impressive inauguration ceremony began with international students processing with flags of their nations and included an updated version of the alma mater, school choirs singing in French and English and a special performance by the UL Symphony Orchestra. Dr. Ray Authement and his family were in attendance, as well as families of other past presidents. Keynote speaker was Thomas Frey of Colorado-based think tank the DaVinci Institute, who provided his insight into the future of education. A “We Are Louisiana” community event featured the best of Acadiana through generations of sound. Red and white balloons carried the theme for the non-stop music, dancing and food. Entertainers included the venerable Irma Thomas and special guest Michael Doucet along with Steve Riley & the Mamou Playboys, Terrance Simien & The Zydeco Experience, Rockin’ Dopsie Jr. & the Zydeco Twisters and The Molly Ringwalds.

The focus was on education throughout the month leading up to the inauguration, with Savoie the featured speaker at the chamber’s Eggs ’N’ Issues. His power point presentation gave stats on the whys and wherefores of education in Louisiana, and he backed up his point, saying “communities will not grow and prosper unless colleges and universities grow and prosper.” It was a well-attended event at the Petroleum Club with community leaders that included attorney Mike Skinner, LITE’s Carolina Cruz-Neira, Pete Yuan of Iberia Bank, DDA’s Cathy Webre, and Carl Bauer of UL, along with a slew of others representing UL.

Louisiana Medical Insurance Company held one of its quarterly meetings in November at the Petroleum Club. Physicians in the community had an opportunity to earn insurance credit, get an update on medical insurance and the Louisiana Emergency Medical Unit and elect officers for the coming year. LAMMICO CEO Dr. John Lemoine gave members the latest news on medical insurance, and guest speaker Dr. Andy Blalock, LEMU’s CEO, spoke on the proven value of the medical mobile units as they were called into action during hurricanes Gustav and Ike. 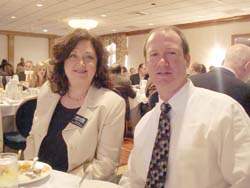 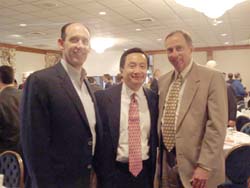 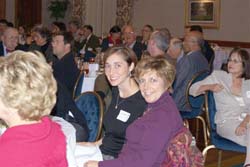 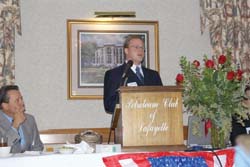