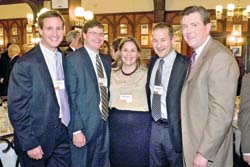 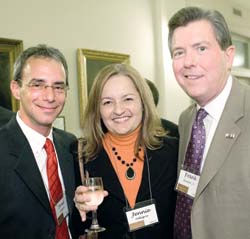 On a crisp evening in late October, friends, family, colleagues and former classmates made the trek to the Crescent City for the incredible honor of recognizing Lafayette attorney Frank Neuner as the 2008 Distinguished Alumnus for the LSU Law School. The evening began with a reception at the beautifully restored federal courthouse in the French Quarter, and guests were escorted from the court to historic Antoine's by police and a jazz trumpeter for a delectable meal and fine wine (my table was treated to Silver Oak and Jordan, courtesy of one of Frank's former law school buds).

Soon-to-be first female chief justice of the Louisiana Supreme Court, Kitty Kimball had a few comments about her longtime friend and his selfless work in the aftermath of hurricanes Katrina and Rita, but it was Frank's law partner, Cliffe Laborde, who delivered the most memorable remarks of the night. Cliffe starting with a light-hearted roasting, calling the Laborde & Neuner founders mismatched friends, The Odd Couple. "Felix - and I'll let you decide which one of us he represents - is neurotic, precise, fastidious and anal retentive. Oscar, on the other hand, is the exact opposite: sloppy, casual and non-conforming. They move in together and proceed to drive each other crazy," Cliffe said, going on to explain why this odd couple partnership has worked so well for the past 20 years. "In the process, they learn that love, trust and friendship are more important in the end than living in different worlds."

The audience's laughter over Cliffe's roasting continued until he took a sentimental turn, talking of Frank's devotion to his family and the lasting friendships he has forged. "He is surrounded here by dear friends who go back with him over 30 years," Cliffe said, "and Frank has stuck with me, though many in this audience could make out a clear and convincing case that he has displayed flawed judgment in that regard." 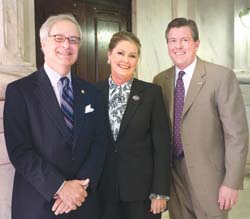 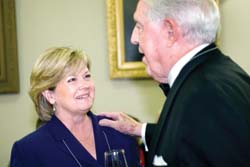 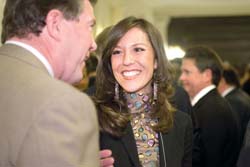 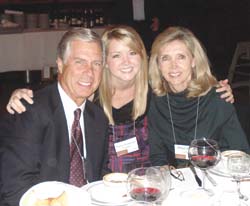 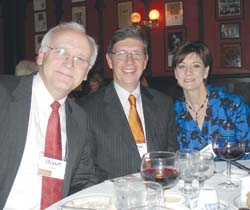 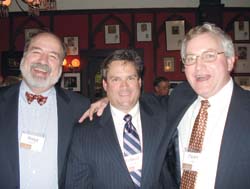 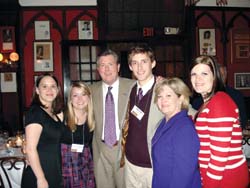