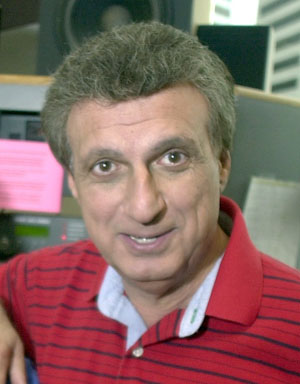 Following the completion of jury selection, the murder trial of New Orleans sportscaster Vince Marinello, accused of killing his wife, Liz Marinello, commenced yesterday afternoon, with opening statements from the prosecution and defense. Defense attorney Paul Fleming Jr. made clear to prospective jurors that the burden of proof was on the prosecution and that his job was to create reasonable doubt in their minds rather than prove his client innocent.

Liz Marinello was shot twice in the face on August 31, 2006, by “scruffy looking” man in a parking lot in Old Metarie. The man is captured on camera lurking in the parking lot for about 30 minutes before Liz Marinello appeared. After the shooting, the man escaped riding a bicycle. Liz was found still clutching her purse, wallet and car keys. In the days following the crime, a man who owns a costume shop in New Orleans came forward and told authorities that Marinello had recently purchased a mustache from him.

Lead prosecutor Jefferson Parish Assistant District Attorney Tommy Block told the jury that the evidence points directly to Vince Marinello, who was in the midst of acrimonious divorce proceedings with his wife. Included in the evidence is a hand written alleged to-do list found in Marinello’s home, which reads in part  “gun — river on way to mama, bike — paint,  mustache — OK.”

Fleming countered, saying that the list, as well as other elements of the case against Marinello are all circumstantial, that there is no physical evidence tying him to the crime. There is no time frame for the list, Fleming told jurors, it could have been written after the shooting. Fleming explained the purchase of the mustache as well. Marinello has worn a hairpiece ever since the 1970s, Fleming told the jury, so it is perfectly within reason that he would frequent a store that sold artificial hair products. Neither the gun nor the bicycle have been found.

The trial continues today at the Federal Courthouse in Lafayette, where it was moved from New Orleans, because of the publicity surrounding the crime.