What are chemtrails? And why are they appearing in the skies over Lafayette?

What are chemtrails? And why are they appearing in the skies over Lafayette? Not to be confused with contrails, the visible trails of condensed water vapor made by the exhaust of aircraft, chemtrails are said to be a form of aerosol spraying conducted by high-altitude aircraft that result in horizon-to-horizon, unsightly cloud formations that hang in the air for hours, whereas “contrails” evaporate within minutes. Witnessed in population centers around the world, many of these chemtrails are laid out over population centers in Tic-Tac-Toe like grids, causing even further speculation as to their function and adding validity to the assumption that this not typical flight pattern operations.

On the Internet, talk radio, and even KSLA News in Bossier City, theories on this activity range from the benign to the nefarious to the comic—global warming prevention, population control, government testing on the public, and even spraying for mosquitoes. Flooded with thousands of complaints from people who have demanded an explanation, Federal agencies and even the Air Force have repeatedly denied any knowledge of the existence or purpose of chemtrails.

Regardless of whatever chemtrails are or are not, conspiracy theorists have noted their enigmatic presence in the skies over Acadiana. 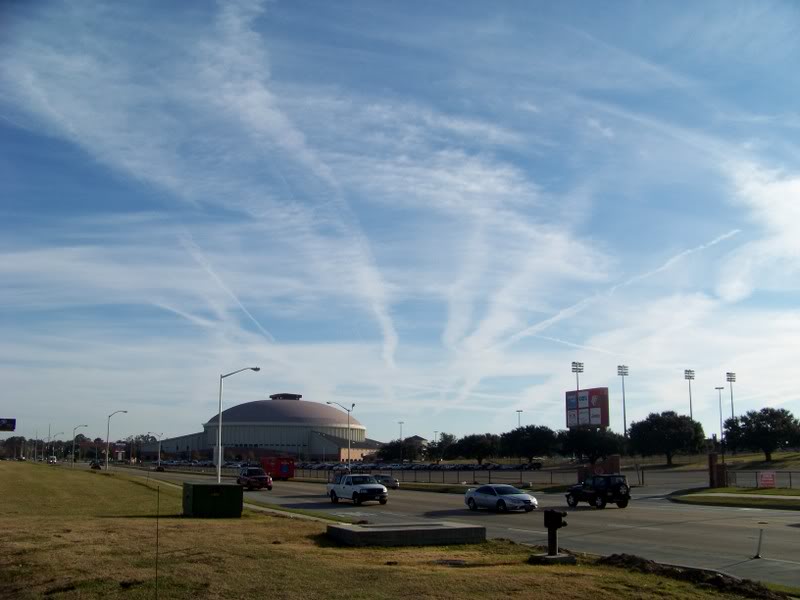