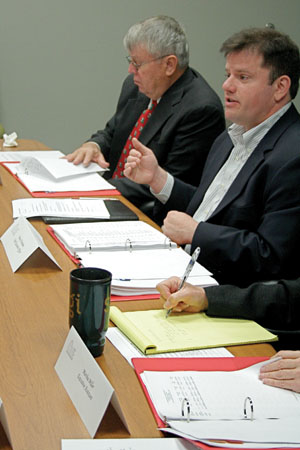 It’s a tall order, but this is likely to be exactly what the next chief executive officer of the Louisiana Immersive Technologies Enterprise will be facing. LITE is preparing to launch a national search for its first official CEO.

Last week, LITE’s Board of Commissioners approved a job ad for the position, which is still subject to some editing by the CEO search committee. The ad states that “the successful candidate will have significant experience with managing a technology enterprise. The candidate must be a team builder with strong communication skills. Experience working with political entities, academic institutions and private enterprises will be considered a plus. Salary and benefits are commensurate with experience. All applications submitted by Feb. 15, 2009 will be considered.”

Bradd Clark, LITE’s board chairman, says that while not required, the right candidate should have either a doctorate or MBA. The search committee is made up of commissioners Clark and Jim Prince, as well as LITE Creative Director Marty Altman, UL Dean of Engineering Mark Zappi and another member yet to be appointed by the Lafayette Economic Development Authority.

The CEO’s duties were previously handled by Carolina Cruz. Heavily recruited away from Iowa State University by UL to help lead LITE, Cruz has served in a dual role as both LITE’s executive director and UL’s chief scientist for the past three years.

But on Nov. 19, Cruz resigned from the executive director’s position, and is now focusing solely on her academic research duties. LITE Chief Operating Officer Henry Florsheim was named interim CEO. Clark says that Cruz’s tenure as director was always intended to be temporary and that her stepping down had been discussed for some time. “We’ve now grown to the point where that’s a full-time position,” he says. Cruz, traveling in Spain, could not be reached for comment.

While Cruz’s job duties may have changed, UL confirms her salary has not. Neither Clark nor UL could provide specifics on Cruz’s salary and benefits, but Cruz’s total compensation package appears to be worth upwards of $250,000 annually, making her UL’s highest paid employee, even above UL President Joseph Savoie. Her base salary is approximately $200,000, according to UL spokeswoman Julie Dronet-Simon. She also receives about $35,000 for a joint endowed chair with the departments of electrical and computer engineering and pays a reduced rental rate at a university-owned house.

LITE is managed through a partnership between local and state government, the university, and LEDA. When it first opened, the center was highly touted as a 21st century economic development engine, the potential of which has yet to be fully realized. The feature component of the center is a super-computer-powered 3-D visualization cave. The cave takes almost any form of complex data and turns it into an immersive 3-D environment that can easily be studied and manipulated. The technology has the potential to help facilitate anything from architectural planning to complex medical procedures to oil and gas drilling plans.

“Our biggest challenge is making sure that we’re headed in the direction of helping businesses do things better,” says interim CEO Florsheim, “and we’re starting to do that now.” Florsheim’s annual salary is $104,000, but he’s in negotiations with Clark for a salary increase to handle the new responsibilities temporarily. He says he hasn’t decided if he will apply for the CEO job.

Prior to joining LITE in January, Florsheim served for two years as vice president of LEDA. He has a bachelor’s degree in business administration from Northeast Louisiana University and is currently pursuing an MBA at UL.

Delivering economic development results will clearly be a priority for the new CEO. A recent audit of LITE shows that approximately 85 percent of its revenues are obtained from UL — which pays for its own research and other operations in the building — and state grants. The remaining 15 percent represents the revenue LITE has generated from renting out office space and access to its visualization technologies to private businesses.

Clark says one of the first orders of business for the new CEO should be to develop a business plan that will lay out private industry revenue objectives and other quantifiable goals. “I want to be able to stand before our state Legislature and say, ‘This is what we’ve done.’ And our business plans needs to include the kinds of things that people, certainly legislators, would understand as, ‘Yeah, OK, I see what you’re doing.’ That’s something I think we definitely need.’”

The Legislature is certainly weighing heavily on the minds of LITE’s board right now. Following last week’s announcement of across the board cuts to higher education, the LITE Center itself is awaiting word on what could be a 7 to 8 percent budget hit. Last week, the board directed Florsheim to begin preparing for the likely cuts — something Clark says come at an unfortunate time. He notes that LITE is still underfunded and understaffed compared to similar facilities at other universities.

“We would argue that it would be a huge mistake,” Clark says, “because [LITE] is an economic development engine which would counter the direction the economy seems to be taking at the moment. So it’s worse than cutting your nose off to spite your face; it’s something even more painful.