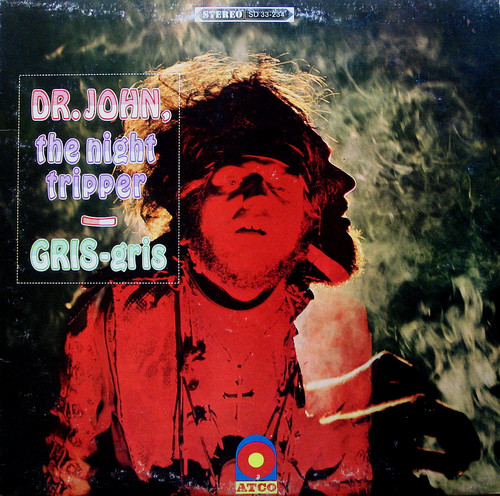 The Nighttripper Dr. John aka Mac Rebennack was an aspiring guitar player before he broke his ring finger in a fight, defending his band mate. Later he took up the piano and the rest is gloriously weird history. Although best known for “Right Place Wrong Time,” Dr. John’s greatest achievement is his bayou-broiling, voodoo-inspired 1968, seminal psychedelic-R&B-roots feast “Gris, Gris.” If you don’t own it, go buy a copy NOW.  Truly one of the greatest records ever made. This is the stuff that cult followings are made of. Described as “the most exploratory and psychedelic outing of Dr. John’s career,” it’s influenced everyone from Modest Mouse to Nick Cave. Imagine Screaming Jay Hawkins genetically spliced with Swordfishtrombones-era Tom Waits and you’re getting close. Hey, but that’s all he’s known for. With over thirty records released in the past 40 years, he’s up there with Dylan in American Icon Dept. Dr. John plays Paragon Casino in Marksville, Louisiana on Jan. 10. The Fabulous Thunderbirds open the show.