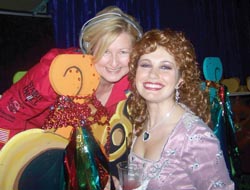 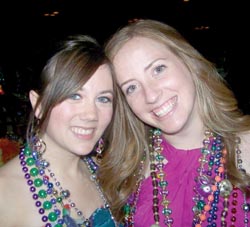 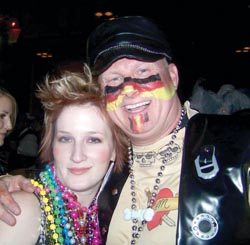 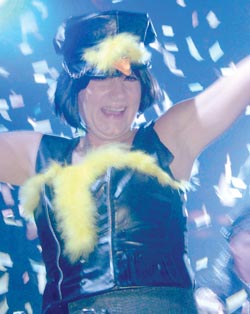 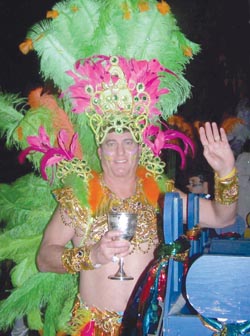 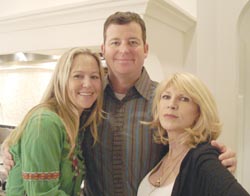 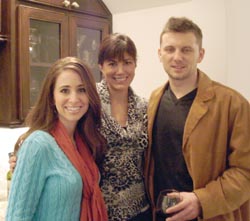 The Krewe of Rio held its ball on Jan. 10 in the Cajundome Convention Center, with The Distractions rocking the house for the second year in a row. King Dom Pedro IV Cyrus Champagne and Queen Isabel IV Kelley Gautreaux led the festivities for the “Gentlemen, Start Your Engines” theme. “Running of the Bulls matador and senorita a la Pamplona” were H.L. Huffman and Dawn Quirk, Bill Lukasko showed up as “Lance Armstrong,” Doug Trahan was “Kent Desormeaux,” and “Titanic’s Mary and Jack” were Ashleigh Dugas and Art Price. Keith Trahan rolled in as “Evel Knievel,” and Jeff Riggs was “Mario Andretti.” Biker Dude Robert Michalk and Biker Babe Mella Viera were the surprise royalty.  Be sure to catch Rio’s Parade on Feb. 14, the first of the Lafayette Mardi Gras season.

Thanks to Rick and Kiki Frayard, who at the PASA Wine Auction won a Bluesiana Burger evening at the beautiful River Ranch home of George and Roxanne Graham, a group of lucky friends got together this week for a real treat. The Lafayette advertising exec was first runner-up in the Sutter Home Build A Better Burger competition in Napa Valley, Calif., in September, giving the $50,000 grand prize winner a run for her money. His burgers feature a root beer glaze, topped with zydeco sauce and Mardi Gras slaw. Graham was one of five finalists plucked from a field of 9,000 entries in the 18-year-old national competition, which will air on the Food Network in coming months. Roxanne, who did so well when the network interviewed her about the contest, was asked to cut the promos — which should hit the airwaves soon. Guests included Ed and Cindy Krampe, Leslie Turk and Kirby Pecot, Kal and Vasavi Veerina, David and Prissy Wilson, Scott and Lisa Kerstetter, Curtis Roy and Sharon Moss, Coury and Sarah Moss, Edward Leblanc and Katie Frayard, and Tim and Alison Howard. Even McDonald’s top man Krampe gave the burgers a big thumbs up. In Party Girl’s book, the Bluesiana Burger rules (sorry Ed).