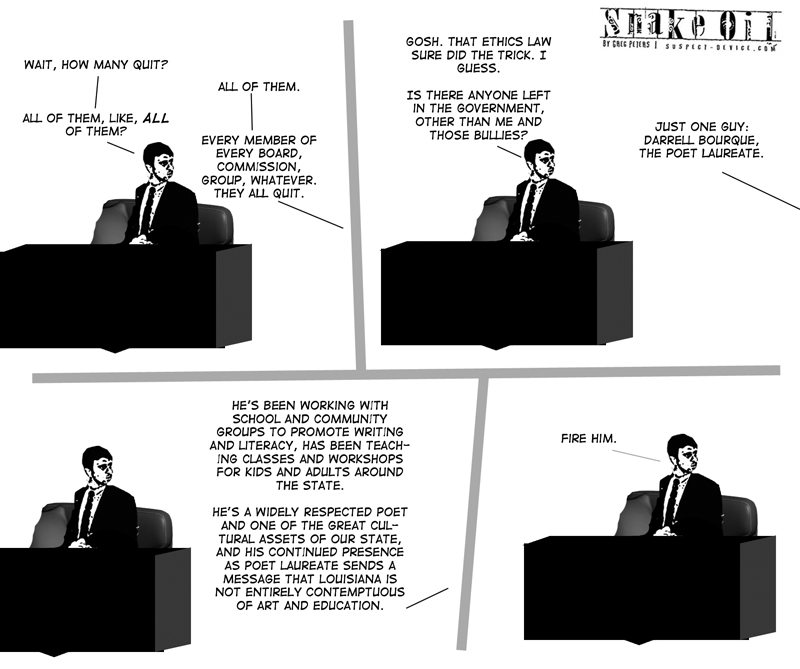 It looks like Lafayette poet Darrell Bourque is in line to become Louisiana's poet laureate, again, after being dumped from the post this past summer.

Bourque was appointed to the position in November 2007 and was the first poet from Acadiana to receive the honor. (Read Mary Tutwiler's Nov. 28, 2007 cover story "Crowning Achievement.") But Bourque lost the position when Gov. Bobby Jindal's office left his name off of a list of appointments for Senate confirmation. (Read Greg Peters' Snake Oil from July July 9, 2008.)

Michael Sartisky (Director of the Louisiana Endowment for the Humanities) has been in touch with James Quinn and he indicated to Michael that the governor was well aware of what he was doing.