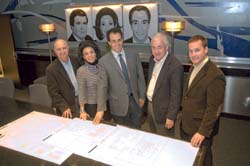 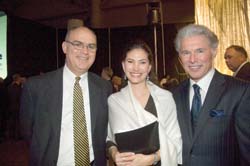 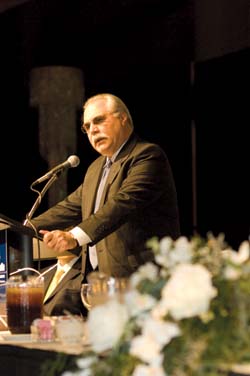 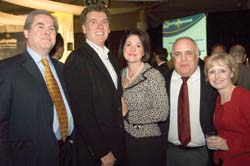 The Cajundome Convention Center was the venue for the 2009 inaugural banquet for the Greater Lafayette Chamber of Commerce. More than 800 chamber faithful attended the glittering gala to commemorate the new administration of incoming chairman Kam Movassaghi. Clay Allen’s moving introduction chronicled Movassaghi’s personal sojourn as an immigrant who left his family in rural Iran as a teenager to land in New York and ultimately achieve an impressive career in higher education, public service and private business here in Acadiana. Movassaghi, president of the engineering and consulting firm Fenstermaker & Associates, replaces 2008 chairman Robbie Bush.

The former head of the Louisiana Department of Transportation and Development, Movassaghi has long been involved in the effort to complete I-49 south, and he made it clear that task will be central to his new role in the chamber. At a news conference before the chamber banquet, Movassaghi announced a new rebranding effort for I-49 south. The 140-mile stretch of U.S. Hwy. 90 from Lafayette to the Westbank Expressway in New Orleans will now be called “America’s Energy Corridor.” A major objective of the PR campaign is to call national attention to the need for the interstate in order to secure the more than $5 billion needed to complete it. Because most of the environmental work and preliminary design have been completed, Movassaghi said I-49 south could come to fruition within 10 years if funding is secured. The project has been talked about on and off since 1974, with a task force formed by all the local chambers in 1991.

Gov. Bobby Jindal, who was introduced by longtime friend Sen. Mike Michot, opened his keynote address by stating his unequivocal support for the completion of I-49 south before offering a quick review of his first year in office and preview to the upcoming challenges facing the state. Kudos to the chamber staff and especially events coordinator Erin Kelly for an outstanding presentation.

It’s a boost to consumer confidence here to see a local dealer investing millions of dollars in her business and the Acadiana community (without a penny of help from the feds!). In a low-key unveiling, Sharon Moss and her son Coury invited the local architect and contractor responsible for the new state-of-the art BMW shop to celebrate at the Surrey Street dealership, which houses BMW, Mercedes and Honda. The shop’s capacity has been increased dramatically, which means customers’ cars will be in and out much faster. The air-conditioned (with high-speed overhead doors for energy efficiency), 19-stall facility — versus six before — is located adjacent to the BMW showroom, a structure being razed to make way for a new ultra-modern showroom to match the exquisite German engineering the brand is known for. Even if you’re not in the market for BMW, you will definitely want to see this showroom when it’s complete. The Mosses and their design crew promise it will be a real first for Lafayette. 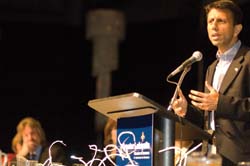 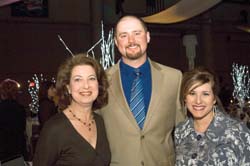 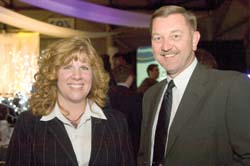 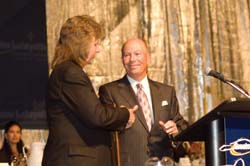 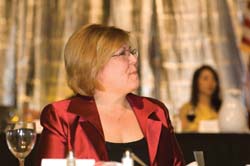