Louisiana celebrates the birth of Abraham Lincoln with a week of literary events. 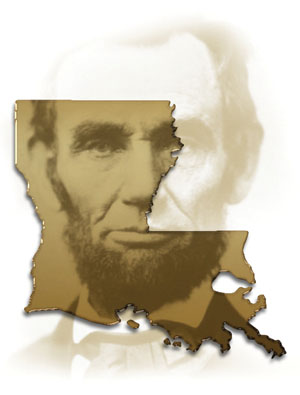 If you want to know how Louisiana is uniquely related to Abraham Lincoln, the Louisiana Poetry Project is for you. This Feb. 12, the nation celebrates the 200th birthday of our 16th president. Here in Louisiana, poets, professors, playwrights and politicians will embark on a series of readings and performances honoring Lincoln’s life and legacy.

Lincoln’s last speech asked “without retribution and vitriol, to admit Louisiana back into the Union,” says poet Darrell Bourque, who is taking the lead in organizing poetry readings statewide. Lincoln wanted the Louisiana Plan for Reconstruction to be the model for the nation.  “John Wilkes Booth was in the audience and vowed Lincoln would never give another speech,” continues Bourque, who has been doing his homework on Lincoln.

David Madden, LSU’s Robert Penn Warren professor of creative writing and Gov. Bobby Jindal’s liaison to the national Abraham Lincoln Bicentennial Commission, has created the statewide commemoration. He tapped Acadiana resident Bourque, who served as Louisiana Poet Laureate in 2007 and will be reappointed to the position later this year, to develop a series of poetry events as part of the state’s activities.

Bourque lined up poets and writers Sidney Creaghan, Ann Dobie, Reggie Scott Young, Ava Haymon, Bonny McDonald, Elizabeth Foos, Charles deGravelles, Jack Bedell and Madden to give dramatic readings of poems Lincoln wrote himself, and poems that famous poets such as Walt Whitman, Vachel Lindsay and Langston Hughes wrote about Lincoln. To learn more about Lincoln, the national bicentennial, and to view a list of poems inspired by Lincoln, go to www.AbrahamLincoln200.org .

The 10-day commemoration begins Wednesday, Feb. 4, with a talk by Richard White on Lincoln’s Leadership at the East Baton Rouge Main Library at 7 p.m. Highlights of the week include a poetry reading by 10 major Louisiana poets at the State Library in Baton Rouge, Feb. 8, 2 p.m.; and a major birthday celebration on the 12th, including poetry, proclamations and the reading of Lincoln’s resounding Second Inaugural Address on the steps of the State Capitol beginning at 3 p.m.