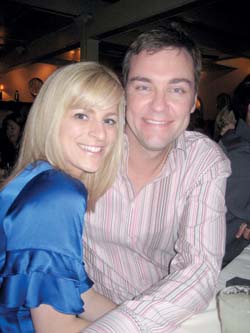 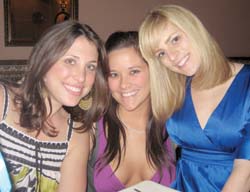 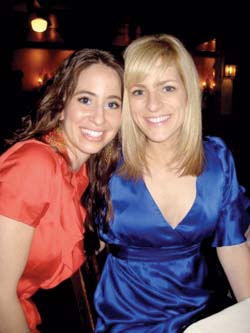 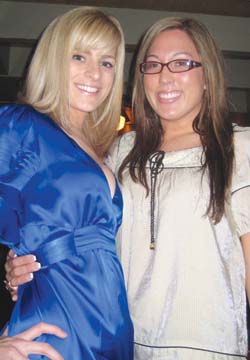 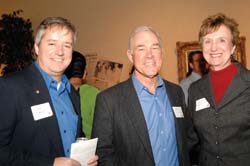 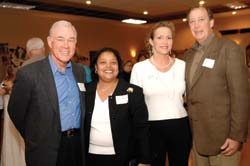 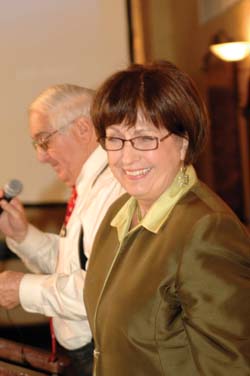 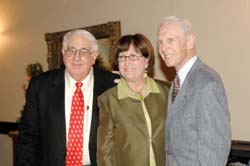 Oh, to be 26 again. Not that I’m that far off — just a tad. It’s still great, though, when one of my best buddies has a b-day — especially at LaFonda. It’s just the best place to celebrate when the margaritas are flowing like there’s no tomorrow, not to mention the Cuervo shots. Joining us for Liz Webb’s birthday bash were Rob Bruce, Sarah and Coury Moss, Liz Grayson and Paul Landry, Michelle Brown and Caleb Mayard, Ashley Primeaux, Mandy Leger-Grayson, Luke and Adrienne Bourque, Allan Martin and Kelly McDonald. And when the party was over, Liz said it best: “Good food, good friends and good times help make heading into the late twenties so much easier!”

It’s a good thing last Sunday afternoon was such a lovely day. Under beautiful French blue skies, Party Girl stood with dozens of others in a line that stretched half-way across the parking lot at River Oaks Catering, waiting to enter Raymond Blanco’s retirement party. No one seemed to mind. Old friends were greeted; new friends were made — it was  more like a Coach Festival than anything else — and before long, daughter Karmen got wind of the growing crowd and quickly distributed pens, blank name badges and ushered folks inside, where there was another line to get your picture taken with Raymond. No matter. It was a fitting tribute to a living legend who laughed and cried through an afternoon of memories and good friends. UL administrator Edward Pratt moderated the ceremony, which included a touching video produced by Jared Arsement and personal stories from almost two-dozen former colleagues, students and friends. The list was, of course, a “Who’s Who” of south Louisiana politics but also reached back to include Dianna Donnell, a student activist at UL in the 1970s who was the school’s first African-American cheerleader, and former UL student officer August Washington, now chief of police for the University of Tennessee. Former Gov. Dave Treen stopped by to congratulate Coach and Kathleen (the other former governor in attendance) as did Mickey and Melinda Mangham, Randy Haynie, Wayne Denton, Chris Williams, Conrad Comeaux, Steve and Sylvia Oats and hundreds more.