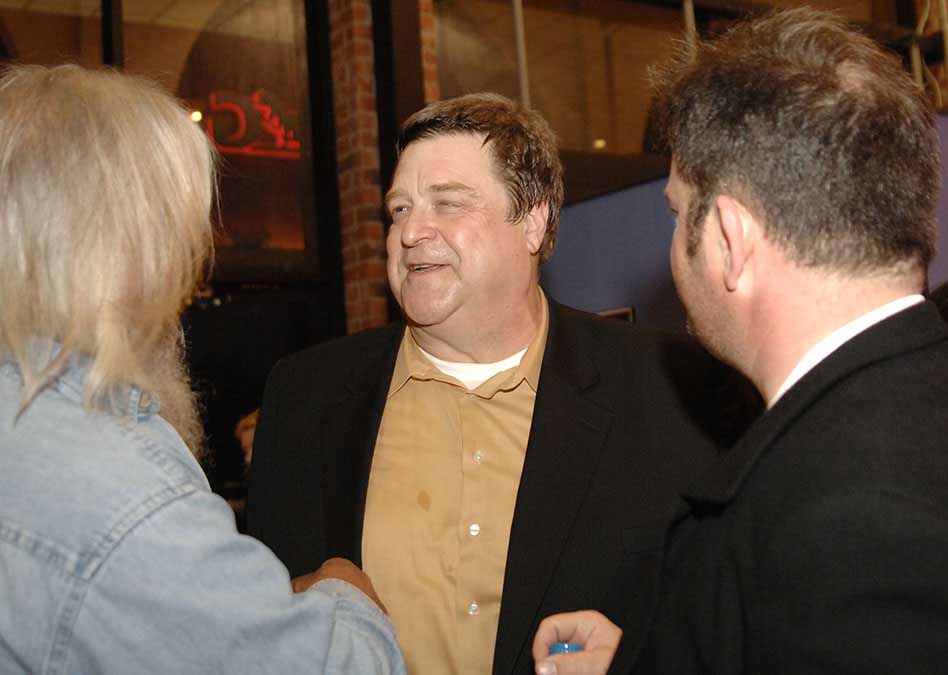 Who needs the cordoned off red carpet in Hollywood, when at a movie premier in New Iberia, you can get up close and personal with the stars. John Goodman, who plays mafioso Julie “Baby Feet” Balboni in the new film, In the Electric Mist, was signing autographs and posing for photos with an excited public last night. Several others of the all-star cast who couldn’t be there sent emails, which co-producer Deborah Dobson Bach read aloud before the screening began. “I have many fond memories of New Iberia,” wrote Tommy Lee Jones, who plays detective Dave Robicheaux. Mary Steenburgen, who starred as Robicheaux’s wife, Bootsie, wrote, “New Iberia was the place that most captured my heart.” She has been back twice to visit since the film wrapped, and added “save me a dance at Cafe Des Amis.” French director Bertrand Tavernier emailed that he missed the scenery, the people and his food of choice, boudin.

Three screens of the Grand 10 theatre in New Iberia were dedicated to the premier, which showed to a full house. When New Iberia first showed up on the screen, there was a stir from the audience, and murmurs erupted every time someone spotted herself on screen. After the show, the entire crowd gathered at The Gouguenheim for a reception, and to dish.

“Bertrand told me I had the part, playing the sheriff,” says former Iberia Parish Sheriff Sid Hebert. “I was at the first shoot, and Bertrand was very uncomfortable.” The head of casting pulled Hebert aside and broke the bad news. “He told me, ‘We have somebody who can play you a whole lot better than you can yourself,’” says Hebert. As consolation, on screen, the Iberia Parish Courthouse, where Robicheaux has an office, was littered with “Re-Elect Sid Hebert” signs.

Sandra Upton, Sheila Landry and Theresa LaCour, all former employees of Hebert, did make it into the film. “You saw my butt walking out the door?” Landry asks. “What I liked was they didn’t try to exaggerate. The Cajun accents were real,” says Upton. “I loved it,” added LaCour. “They captured our area so realistically.” “I have to go see it again,” says Upton. “I was so busy looking to see who we could see, I didn’t really follow the plot.”

“You can tell it was a low budget movie,” says cane farmer Jackie Judice. “Don’t get me wrong, I liked it. But I wonder why Tommy Lee Jones was in a movie going straight to DVD?” An independent film, In the Electric Mist, will screen for a week in New Iberia, from Feb. 20 to 26, then will be released on DVD.

Brenda Placide, who owns Brenda’s Dine In & Take Out on Pershing St. says Tommy Lee Jones ate at her place every day while he was filming. “He liked the gumbo,” she says. “He liked the barbecued ribs, the red beans and the crawfish etouffee.” When he was on location outside of New Iberia, he sent a driver over to pick up his lunch, Placide says. “After the movie was over, he called me to make him some gumbo, so I sent it to him,” she adds. “Then he called back and asked for the recipe, I sent that to him, and Tommy Lee Jones hasn’t called me any more.” 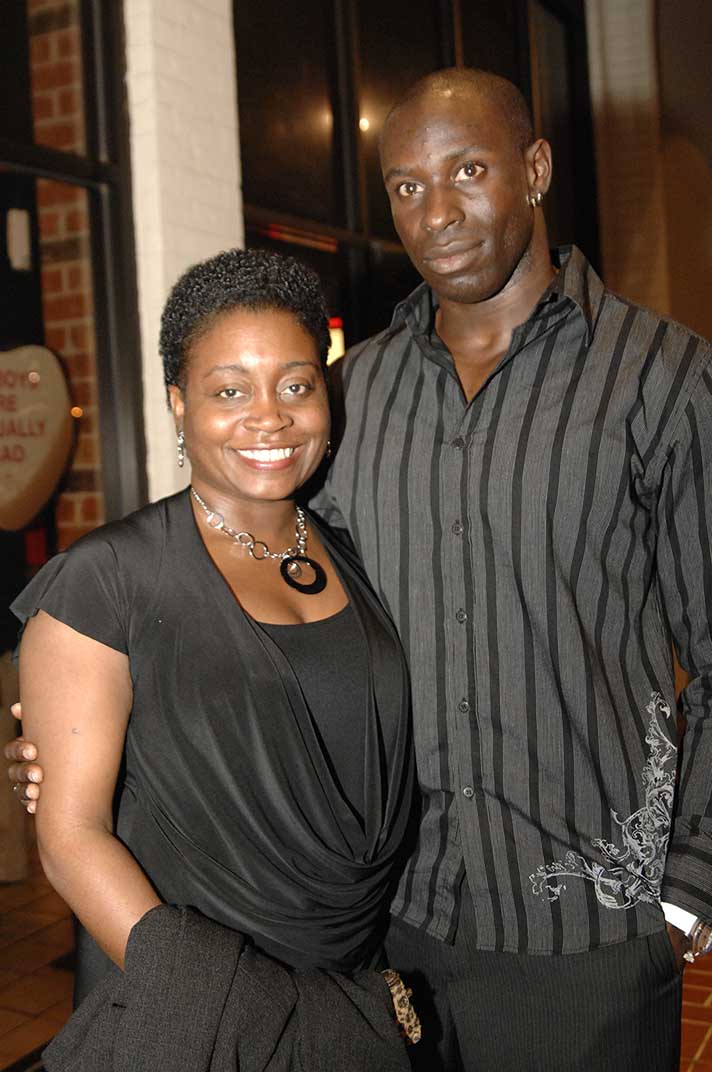 UL graduate and semi-pro defensive end for the Louisiana Hurricanes, Chima Chekwa, played Dewitte Prejean, a young black man who was murdered in the 1960s, 40 years before the time frame of the movie. His murder is a pivotal scene, awakening Robicheaux’s moral drive to seek vengeance for those who cannot speak for themselves. Chekwa’s scene was shot in the swamp, and it was fairly dangerous, he says. “Bertrand made sure I was safe and comfortable,” says Chekwa. “He’s a very good person, respectful and courteous.” Watching the scene on screen was like watching someone else says Chekwa. “It made me feel kind of shaky, it really touched me.” “That’s a powerful moment in the film,” responded In the Electric Mist With Confederate Dead author James Lee Burke, who was beaming at seeing his work brought to life on the big screen. “Now I’m sort of biased, but I think it was great.”