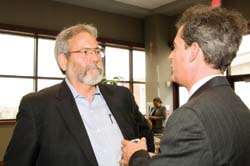 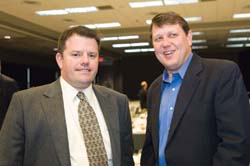 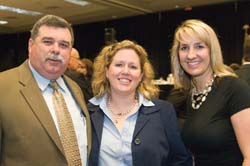 Almost 450 people gathered in the sold-out Festival Ballroom of the Cajundome Convention Center to hear City-Parish President Joey Durel’s sixth State of the Parish address since taking office in 2004. Durel has just entered the second year of his second term, having run unopposed in 2007. He has confirmed his plans to seek a third and final term.

Each year, Durel selects a different group to join him at the head table — something that ties into his message. This year, the dozen or so guests represented a cross section of community leadership, including elected leaders on the LCG’s council, local school board members, legislators, appointed leaders from business and nonprofit organizations, and university and airport officials. His point: Lafayette is recognized by many national publications as being one of the best places in the U.S. for growth, quality of life and innovation, but it takes everyone working together to make that happen.

Before addressing the crowd, Durel presented CAO Dee Stanley with a framed cover of The Independent Weekly, which profiled Stanley and his role in the administration. Durel thanked his right-hand man for the contributions he’s made to the parish but didn’t pass on the opportunity to chide him a bit for stealing some of the day’s thunder. “So today it’s not all about me,” Durel said.

And then he got down to business, lamenting the failure of the sales tax last summer that would have funded infrastructure development. Durel, however, stopped short of announcing another tax initiative. “Had it passed, we would be working on the infrastructure that would have shaped Lafayette for the next 25 to 50 years. Unfortunately, by my way of looking at things, we are beginning to fall behind and lose our edge,” he said.

Durel then ticked off a list of updates on initiatives announced at last year’s State of the Parish address before reaching the issue of the effort to preserve UL Lafayette’s 100-acre horse farm property on Johnston Street. “Although I don’t have anything new to announce today, what I can say is that I’m optimistic about the horse farm. What about you, T-Joe?” he said, turning to UL Lafayette President Joe Savoie, whom he intentionally seated next to him at the head table. Savoie smiled and squirmed a bit and answered, “Oh, now you’re putting me on the spot. I’ll just say I’m optimistic, too.”

The State of the Parish address was the first event in the 2009 Independent Weekly Lecture Series, which has been sponsored by IberiaBank since its inception seven years ago. The next event is the annual Smart Growth Lecture, which will feature Charleston, S.C., Mayor Joe Riley, who is serving an unprecedented ninth term in office, having led a renaissance in Charleston that has earned it accolades as one of the most livable cities in America. Riley’s lecture is slated for Thursday, April 30, at The City Club at River Ranch in conjunction with The Independent Weekly’s INDesign Awards, which honor excellence in local architecture, interior design and historic preservation. 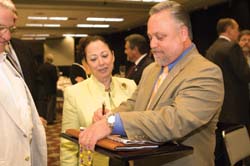 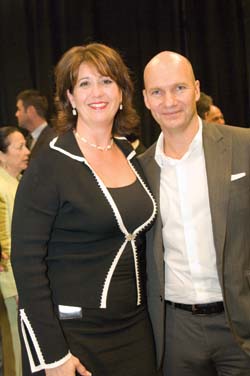 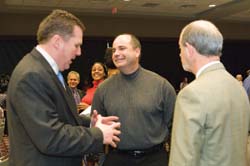 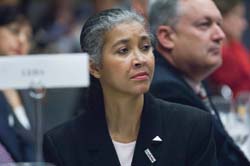